With his clothes on fire, thankfully, Brayden did not panic. He remembered what he learned in school to stop, drop and roll. That lesson likely saved his life. But even so, he still sustained burns to 51 percent of his body.

Brayden Crandall was outside with his dad, Mike Crandall, in April 2020 when his dad had burned a fire ant mound in their backyard.

With the first mound destroyed, he began to pour gas on the second mound, not knowing the two mounds were connected underground. The fire injured both Brayden and his dad.

With his clothes on fire, thankfully, Brayden did not panic. He remembered what he learned in school to stop, drop and roll. That lesson likely saved his life. But even so, he still sustained burns to 51 percent of his body.

Brayden and his dad were both airlifted to Parkland Memorial Hospital’s Regional Burn Center.

Mike was treated for burns to his legs and hands and a dislocated shoulder due to the blast. He was released in three days.

Brayden’s injuries were far more serious. He had burns to his abdomen, face, legs, back and arms. He spent 53 days in the hospital, enduring the painful process of having his wounds cleaned and treated. He has since recovered. 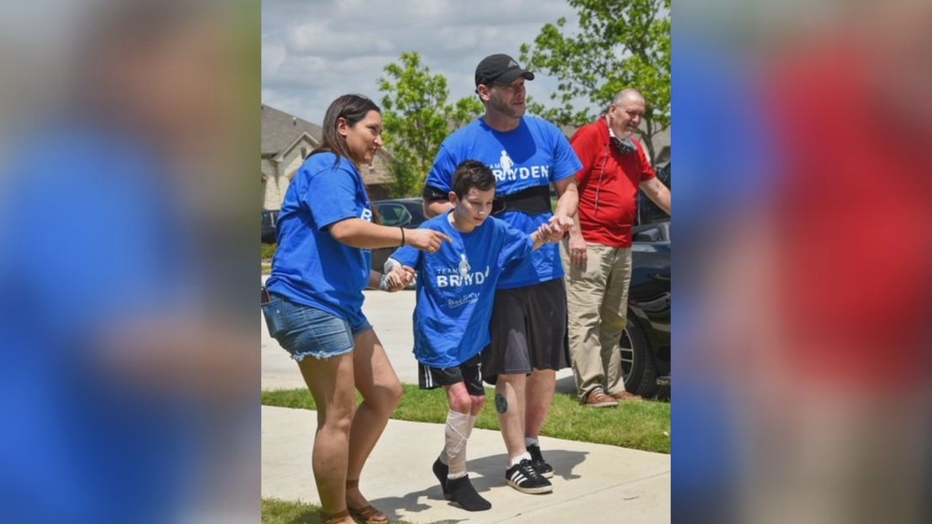 After being released in May, Brayden’s road to recovery was still difficult.

"He had to relearn how to walk," explained his mom, Jennifer Crandall. "He lost so much weight. He was back in the 40s. Giving him whatever he wanted."

Now, Brayden is back to playing competitive soccer.

"He was determined. Private lessons. Physical therapy. I’ve told home he is the strongest person I know," Jennifer said.

Dr. Audra Clark with Parkland’s Burn Center is one of the doctors treating Brayden. She says summer is a time when outdoor grilling and campfires can often lead to burns.

"I would highly recommend against using any accelerant, if possible, when burning leaves or grilling or having a campfire," she said. "And if you are using any sort of accelerant, making sure all kids are at a really safe distance away."