A Dallas couple was scheduled to be in Beirut this week to see family and embark on a cruise, but it was canceled.

DALLAS - The pastor at a Lebanese church in Lewisville said his brother's home was leveled by the explosion in Beirut Tuesday.

A Dallas couple said they had family there too, and their windows and doors were blown out, but thankfully, they're okay.

“It's been quite challenging for the Lebanese people, but they are very resilient and they will come back,” Phil Boustani said.

He and his husband live in Dallas, but his close-knit family is in Beirut.

Their homes were severely damaged by Tuesday’s massive port explosion.

“My family are about 10 miles away, and even there they felt the explosion,” Boustani said. ”Shattered glass, all the windows shattered, the doors were cracked open. It's quite amazing.

Thankfully, none of his relatives were injured, but the crippled infrastructure has made reaching loved ones there a challenge.

“It was very upsetting, making sure the family was okay. Staying in communication with them [Tuesday] and [Wednesday],” Boustani's husband, Ted Schweitzer, added. 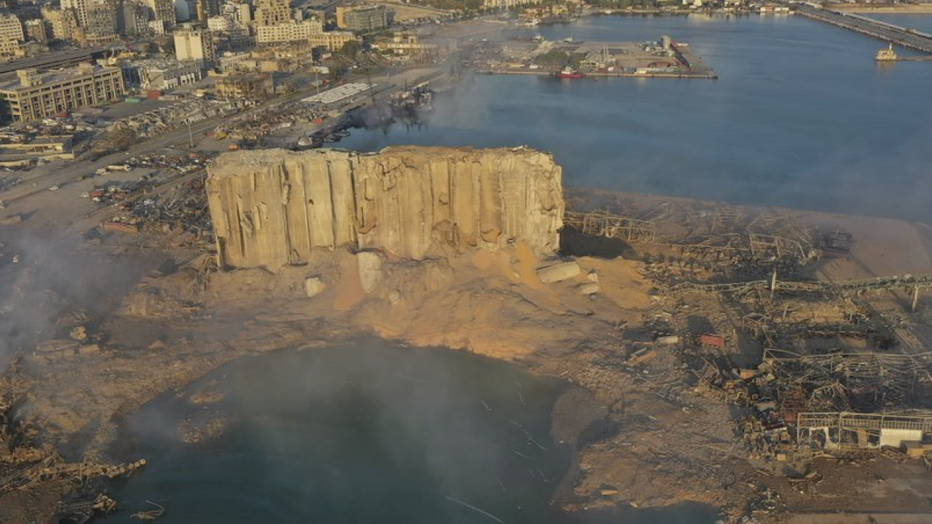 Boustani was born in Lebanon, but fled to the U.S. at the age of seven due to the country's civil war.

It's taken decades for the capital city of Beirut to be rebuilt.

“Unfortunately, there's a lot of government corruption,” he said. “Rampant in the entire area in that respect.”

The economy is on the brink of collapse, and COVID-19 is a big problem there too.

“It's been quite a situation in Lebanon,” Boustani said.

Boustani shared photos of what the picturesque port looked like prior to the blast.

It's an area surrounded by hotels and shopping.

He and his husband have stayed there often.

They were scheduled to be there this week to see Boustani's family and embark on a cruise, but it was canceled.

“What's really ironic is we were supposed to be in Beirut this week on Saturday, out of Rome,” Boustani said. “The hotels we stay at are just blocks away from the area of the explosion, so it's mindboggling that because of the pandemic, we ended up not going.”

Boustani said the Lebanese government is overwhelmed by the crisis.

Our Lady of Lebanon in Lewisville is collecting money to help families in Beirut.

Church officials said the funds will be given to Catholic charities in Lebanon.