ARLINGTON, Texas - The temperatures being cooler than normal was a bonus as North Texas celebrated the Fourth of July.

People had a lot to celebrate this year. For some, this was the first time they've gotten together as a family in a year.

There was a lot of energy at area parades that had been cancelled last year.

Others took the time to do stuff on their own. 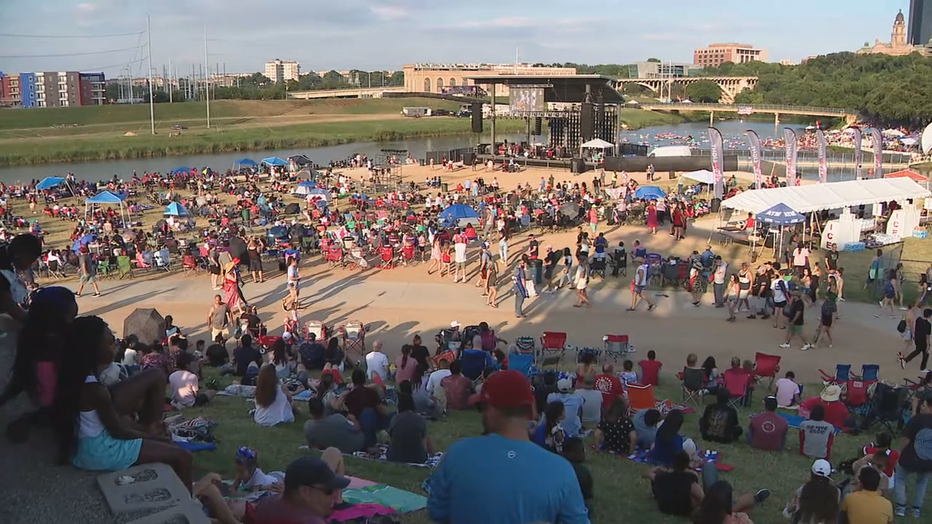 After a year hiatus due to COVID-19, the long-running Independence Day parade in Arlington was back and it was big.

North Texans were eager to celebrate.

"It's really cool and it's awesome," one person said.

Hundreds of people lined the streets to see the dazzling spectacle.

Some wore face coverings, a reminder of the not so distant past.

Healthcare workers, who were on the frontlines of the pandemic, were this year's grand marshals.

Spectators were not taking the ability to gather together this holiday for granted.

"This is a special day being around people and being able to enjoy the celebration and the parade," Wesley Nute said.

It was a similar scene in Fort Worth on Monday as people gathered for the historic Lake Como Independence Day celebration.

Newly-elected Mayor Mattie Parker joined in on the festivities.

"This is an opportunity for our children to be out and celebrate Independence Day, and also the importance of unity and moving forward as a community," She said.

Gatherings and celebrations were not limited to special events, as North Texans with the day off enjoyed some quality time around town.

Like a church group that played soccer at Lake Grapevine's Oak Grove Park.

Nearby, tents lined the shoreline. Families were catching rays or cooling off.

The little things that mean so much - especially after a year apart.