On the eighteenth anniversary of the September 11 attacks, Americans and North Texans took the day to reflect.

On the eighteenth anniversary of the September 11 attacks, Americans took the day to reflect.

In North Texas, people visited a piece of the World Trade Center in Fort Worth.

Families visited a Field of Honor in Arlington lined with American flags representing the lives lost.

First responders also took part in a flag ceremony before Wednesday’s Texas Rangers game. The Rangers invited dozens of first responders from across the metroplex to Arlington to honor those who lost their lives.

Eighteen years after 9/11, the tragedy is still seared in the minds of many Americans.

“I was in second grade when the others fell,” recalled Grand Prairie Officer Abigail Thomas. “And it’s still something that I remember very vividly.”

In Arlington, nearly a thousand flags are on display this week in Veteran Park’s Field of Honor. 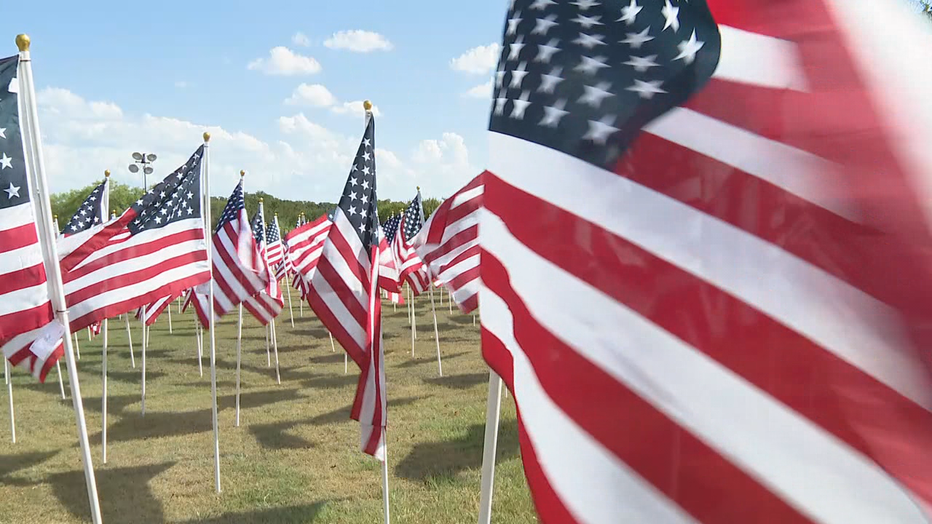 “It’s saddening, but it’s also an honor to be able to follow in their footsteps and continue the job that they so proudly did,” he said.

In a few days, each of the flags will be purchased to show appreciation for those who have served in the military or as first responders.

Paul Denning plans to buy one in honor of his father and grandfather. They were both Korean War veterans.

“It just kind of brings back those memories too and how proud we are to have been a part of that,” he said.

At the Fort Worth Museum of Science and History, there was a steady stream of visitors to see the largest piece of the World Trade Center in Texas.

“It actually stands at three stories tall,” explained Alexa Canipe with the museum. “It was a part of the North Tower and it ranged from floors 101 to 103 right above the impact zone.” 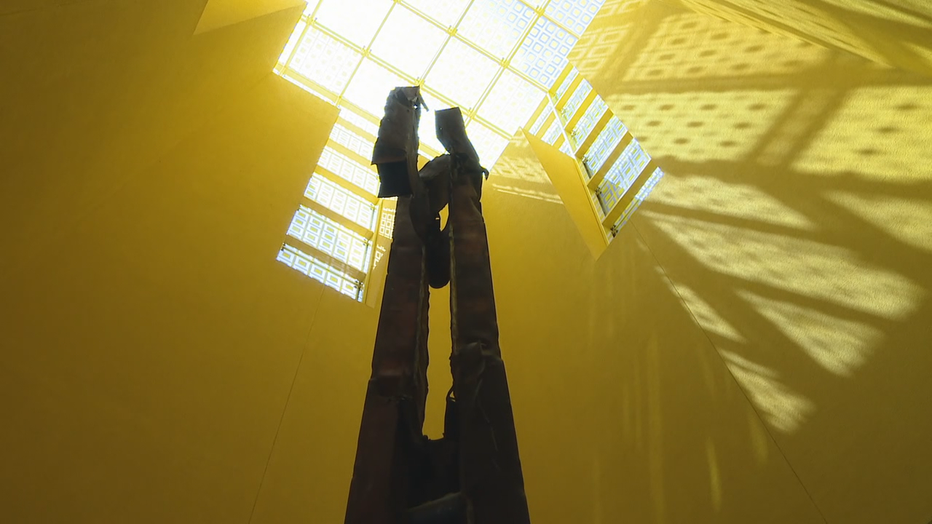 The beam arrived in Fort Worth in 2011 through an agreement with the Port Authority of New York and New Jersey.

“It’s such an honor that they bestowed us as the keepers of this really important part of history,” Canipe said.

The Texas Rangers marked the day with a tribute at Globe Life Park in Arlington.

“It’s really thoughtful that the rangers invited us out here today,” Thomas said.

Before Wednesday night's game, firefighters, officers and others unfurled an American flag that covered the entire outfield. 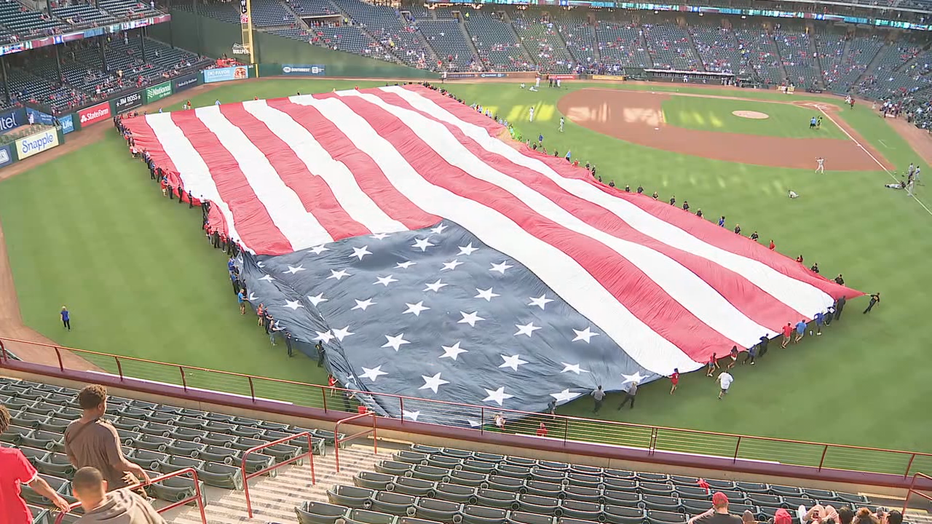 “The best day we want to look back on is September 12th. Flags were sold out in all stores, and everyone just kind of came together as a nation,” Thomas recalled.

The ceremony at Globe Life Park ended with a flyover by a B-2 Stealth Bomber. 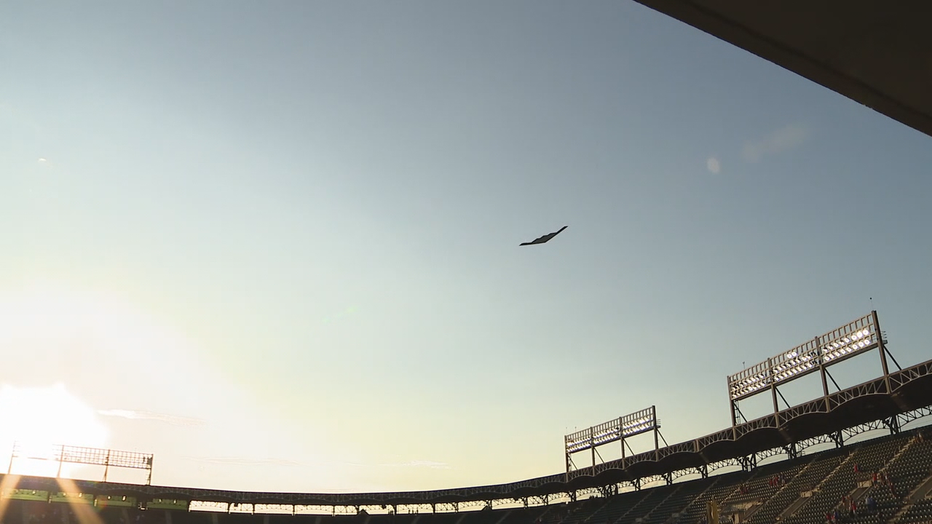