Police say they’re looking for a man seen walking on home surveillance video before he approached the girl, asked for a hug, then groped her.

Police say they’re looking for a man seen walking on home surveillance video before he approached the girl, asked for a hug, then groped her.

The teen was able to give police a detailed description of the man: Sandy colored hair, scruffy facial hair, and a lazy left eye.

He followed and grabbed the teenage girl on a quiet trail near Richland High School.

“He goes up to her, you can see him in the video, kind of speeding up to her to talk to her. He asks her for a hug and she declines. So he reaches in for a hug anyway and touches her inappropriately,” said Carissa Katekaru, with the North Richland Hills Police Department.

It happened last week in a neighborhood just off David Boulevard, north of Loop 820, by the North Electric Walking Trail.

It’s a popular route for kids at the nearby schools.

A Ring camera captured the man walking just before the interaction. 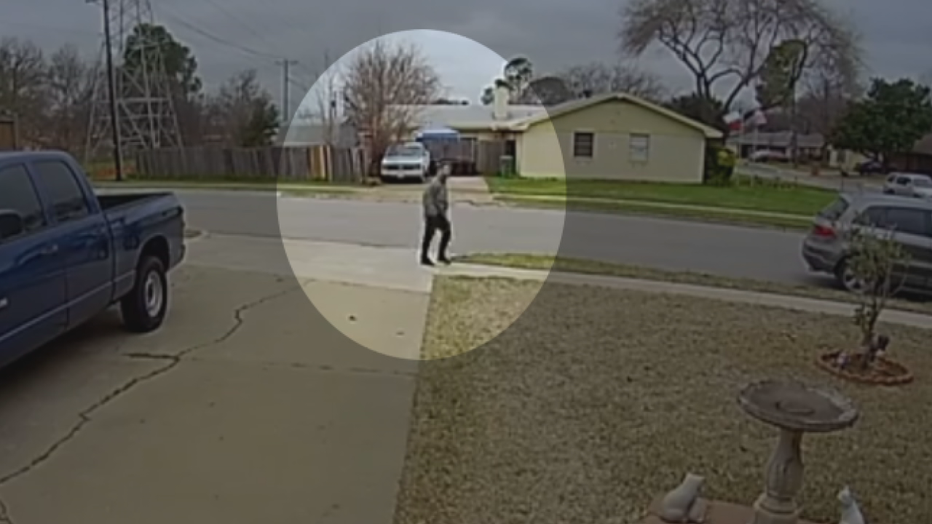 “When he leaned in for the hug, he grabbed her buttocks and took off running,” Katekaru added.

“Me and my cousin like to walk in a group just so stuff like this doesn’t happen,” she said.

Investigators said people who live in the neighborhood told them they’ve seen the man in the area before.

Katekaru said police are still following up on tips and any potential leads.

And after a tip about similar incidents reported in Haltom City in November, police found no evidence that connects them to this case.

The teen’s mother told FOX4 that her daughter used to enjoy the quiet walk home on the trail every day, but now doesn’t feel safe walking alone.

“We hope someone recognizes him or saw something or has any type of tip that could help us ID this man,” Katekaru said.