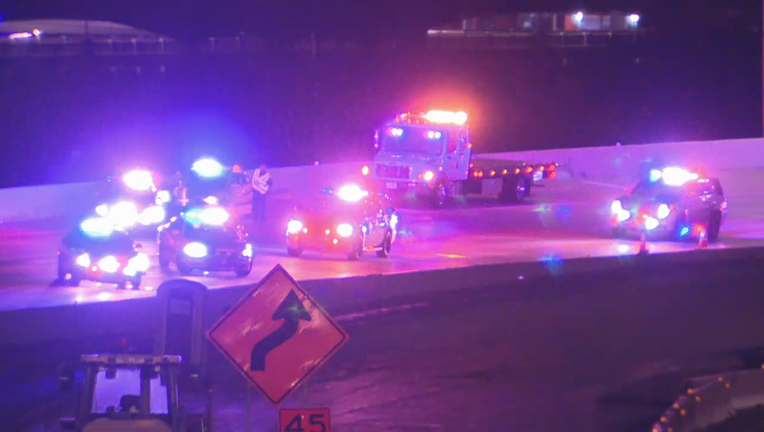 DALLAS - One person is dead and another was seriously injured after a rollover crash in North Oak Cliff.

The crash happened Monday around 2 a.m. in the southbound lanes of I-35 and Colorado Blvd.

Dallas County sheriff’s deputies say it appeared the driver lost control in the left lane, swerved to the right lane and hit the concrete wall and rolled over.

The driver, 27-year-old Davevodrick Roque, was thrown out of the car and died.

The passenger remained in the car and survived. That person is being treated at a hospital.