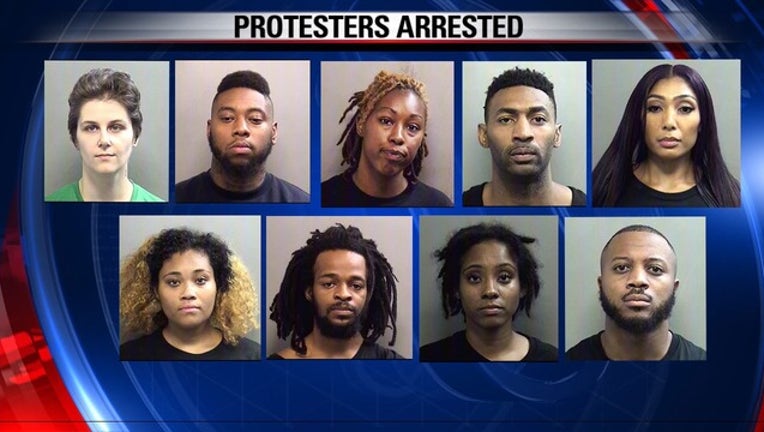 Nine people who were arrested for blocking traffic during a protest outside AT&T Stadium before Sunday's Cowboys game have bonded out of jail.

They were booked into the Tarrant County jail Sunday night and were released Tuesday morning on a $100 bond each for a traffic obstruction charge.

The protesters were condemning the shootings deaths of black men by police.

The group was separate from a larger group of protesters who carried coffins to represent Botham Jean and Oshae Terry, the man shot and killed by an Arlington officer a few days before Jean's death.

The protesters called for Ofc. Amber Guyger to be fired from the Dallas Police Department for shooting Jean dead in his own apartment while she was off-duty. Guyger remains on paid administrative leave for the fatal Sept. 6 shooting.