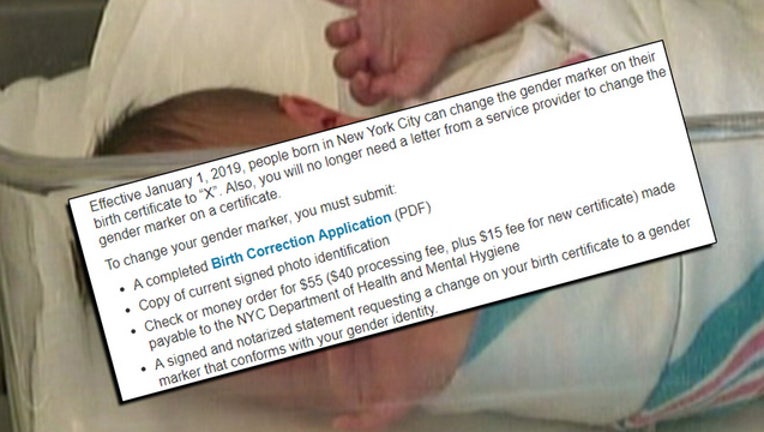 NEW YORK (AP) - New York City residents are about to have a new option for denoting gender on their birth certificates: gender "X."

A law allowing the choice of "X'' takes effect Tuesday. The measure passed earlier this year.

It allows people to change their birth certificates to "X'' by attesting that it reflects their "true gender identity." Parents also can choose "X'' for newborns.

Instead, the city required an attestation from a medical or mental health professional. The new law nixes that requirement.