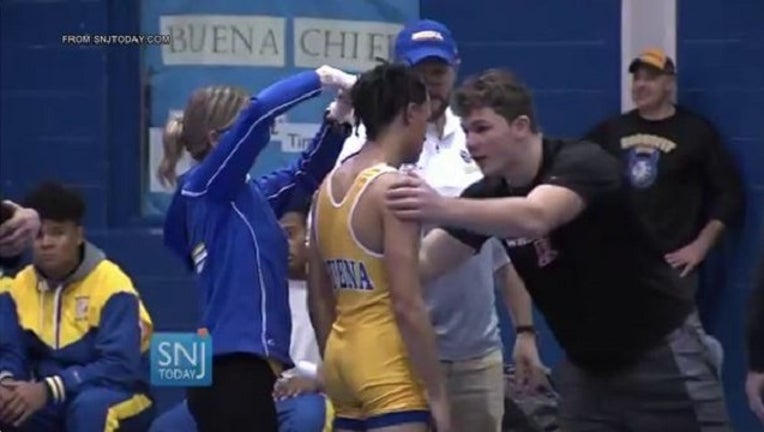 BUENA, N.J. (AP) -- A New Jersey high school wrestler had his dreadlocks cut off minutes before his match after a referee told him to lose the hairstyle or forfeit his bout.

Johnson, who is black, had a cover over his hair, but the referee Alan Maloney, who is white, said that wouldn't do.

The state's Interscholastic Athletic Association said in a statement they are recommending Maloney not be assigned to any event until the matter has been reviewed more thoroughly.

The Division on Civil Rights has also opened an investigation into what happened, said Leland Moore, a spokesman for Attorney General Gurbir S. Grewal.

The school superintendent said in a letter to the community that they support and stand by all student athletes.

"The student-athlete made the decision to have his hair cut, at that moment, in order to avoid a forfeiture of the match," wrote Superintendent David Cappuccio, adding that school officials reached out to the athletic association afterward. "The district will take appropriate action as more details become available."

The video was shared widely on social media, with users calling the incident "racist," ''cruel" and "humiliating."