A new development is moving forward in a long-neglected Fort Worth neighborhood, and part of it will bear the name of a celebrated basketball coach.

FORT WORTH, Texas - A new development is moving forward in a long-neglected Fort Worth neighborhood, and part of it will bear the name of a celebrated basketball coach.

After a pandemic pause, the bricks are coming down in Stop Six.

"The community has been very much involved, the process," Pastor Michael Moore said.

Demolition at the old Cavile Place projects marks the beginning of six planned phases of a new modern mixed use community.

Pastor Moore, who is a life-long resident of the neighborhood, is on the neighborhood association board. He said efforts are now focused beyond the construction on economic growth 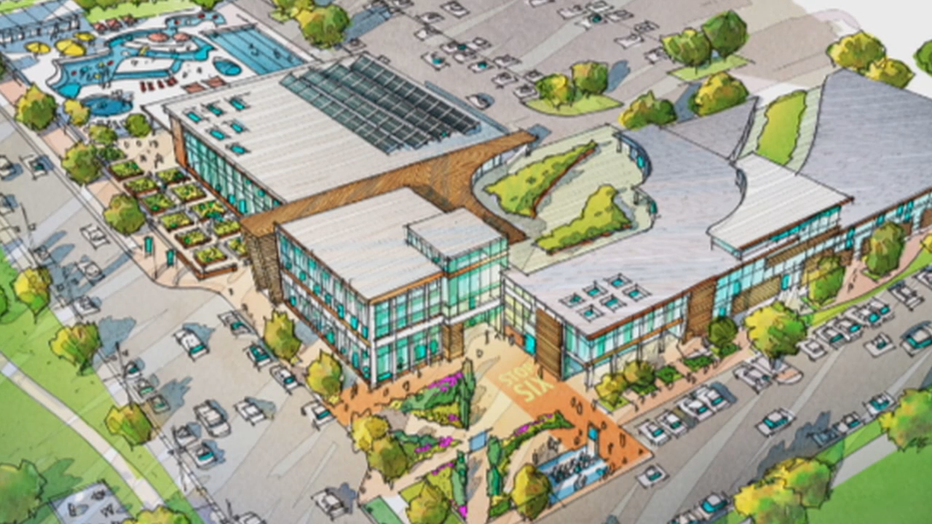 "We need grocery stores. We need all types of business opportunities in Stop Six, so along with what is coming with the housing solutions, we’re also looking for business partnerships," Moore explained.

Those businesses are set to be surrounded by new and returning residents.

Carolyn Tubbs said she will move back, and she’ll live in Cowan Place, a 174-unit senior living community at E. Rosedale Street and Stalcup Road, where construction is slated to begin in June.

[REPORTER: "What is that you do while the construction is playing out?"]

"Once a month, we have a Zoom meeting," Tubbs answered. "The case workers keep us up to date…let us know where the phase is at."

Another phase of the development just received its official name.

His son said his 93-year-old dad is proud.

"He was elated. He just can’t believe a guy from Slick, Oklahoma has gotten all these accolades," Robert Hughes Jr. said.

More accolades for the coach and the Stop Six community.