Friday's groundbreaking in Arlington has been a long time coming for the National Medal of Honor Museum Foundation.

ARLINGTON, Texas - Friday's groundbreaking in Arlington has been a long time coming for the National Medal of Honor Museum Foundation.

The groundbreaking ceremony is Friday at 9:30 a.m. in Arlington. Friday is also National Medal of Honor Day.

The foundation’s CEO, Chris Cassidy, spoke about the journey to this moment.

"It's really an exciting time for us," he said. "We've been working hard as a foundation, with the board of directors over the last couple of years, and just the overall staff over the last few years, to pull together the pledges. Much thanks to our founders and sponsors, and the city of Arlington has given us the authority to start digging." 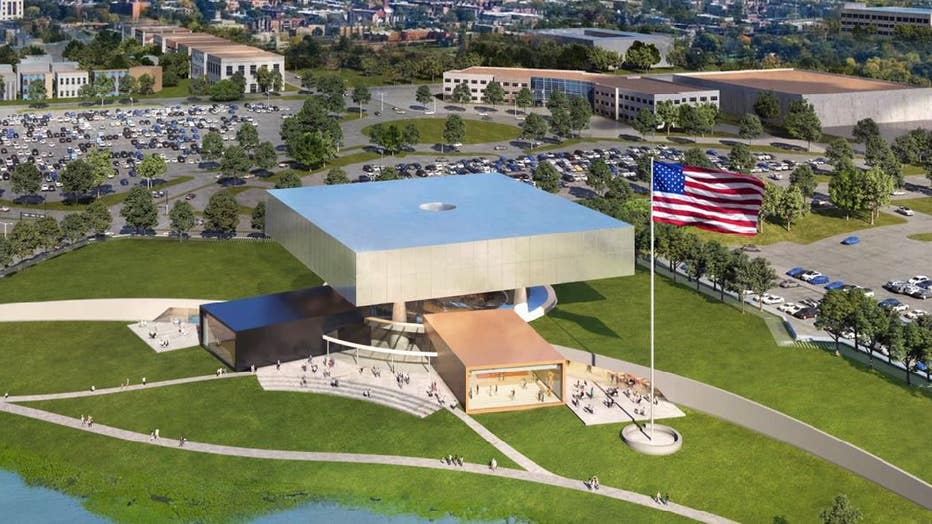 RELATED: National Medal of Honor Museum to be built in Arlington

They are excited about the museum’s location.

"The city of Arlington gave us a fantastic plot of land, right in the center of the entertainment district. Co-located with the AT&T football stadium, the Texas Rangers Globe Life Field, the old Texas Rangers Globe Life Park, or Choctaw Stadium now. Six Flags is nearby. It’s centrally located, the area is, with DFW Airport. Really in the middle of the country for all to enjoy," Cassidy said.

There is a special ceremony for Friday’s groundbreaking.

Heroes of war are few. Their stories can humble and amaze us. Soon there will be a place to honor them -- the National Medal of Honor Museum in Arlington.

Bush as well, the Chairman of the Joint Chiefs of Staff General Milley, so just an incredible arrangement for all to enjoy," Cassidy said. "We asked folks from around the country, our friends and colleagues and co-workers, to send dirt from every state of the nation. So as we stick our shovels in the ground and turnover sort of the symbolic gesture of breaking ground, that dirt has been collected from all 50 states of the United States. So we think that’s very symbolic of the nature of this project supporting the whole country."