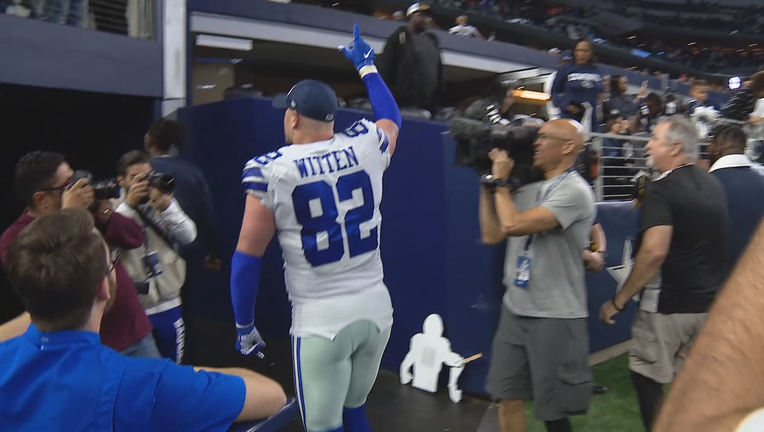 Longtime Dallas Cowboys TE Jason Witten has come to terms on a deal with the Las Vegas Raiders, according to multiple reports.

Witten returned to the field last year after spending the 2018 season working as an analyst for ESPN. He was drafted by the Cowboys in 2003. He reportedly will sign a one-year deal with the Raiders.

Witten was asked about the possibility of playing somewhere other than Dallas in January on the FOX Sports show Speak For Yourself.

“You're somewhere 16 years there's a lot of sweat and equity there. I think with a new coaching staff you've got to look at it and say okay all things are on the table,” he said. “I had some great conversations with Jerry and Stephen. I’ve been in constant communication with them and even visited with Mike. I had a good visit with him. So, we've got time before all that but I think yeah, just keeping all things open,” he said.

Jerry Jones said during the offseason he hoped Witten would stay and finish his career as a Cowboys player.

“I would hope that he would not ever be anything but a Cowboy. I do think he can play. I think he can make a real contribution to the Cowboys," Jones said at the time.

But the writing was on the wall when the Cowboys signed TE Blake Jarwin to a three-year, $24.25 million extension on Monday.