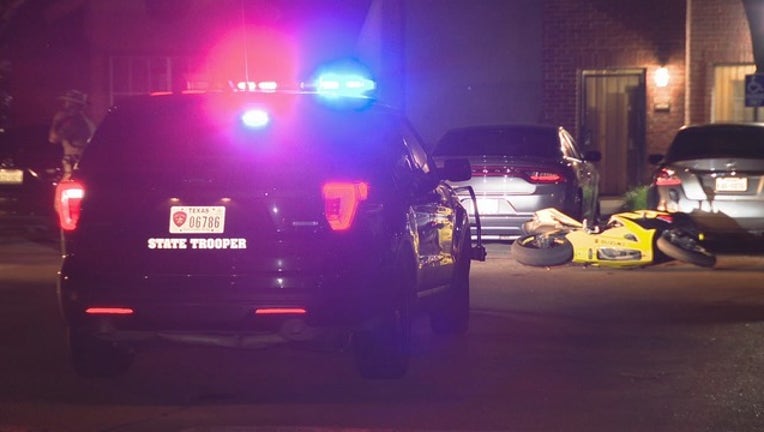 DALLAS - Two people are in custody after a motorcyclist led police on a high speed chase through five cities early Saturday morning.

The chase started after a DPS trooper tried to pull over a motorcycle near the President George Bush Turnpike and Midway in far north Dallas.

The motorcyclist then led troopers on a chase that reportedly lasted more than 45 minutes and reached speeds of more than 135 miles per hour.

The chase went through Lewisville, Plano, Carrollton, and Addison, before the suspect hopped off his bike at a north Dallas apartment complex.

A friend then picked him up in a car.

A DPS helicopter helped track the vehicle, and once it was located, the suspect jumped out and fled on foot.

The suspect was taken into custody, along with the friend who picked him up, and he was charged with felony evading arrest.