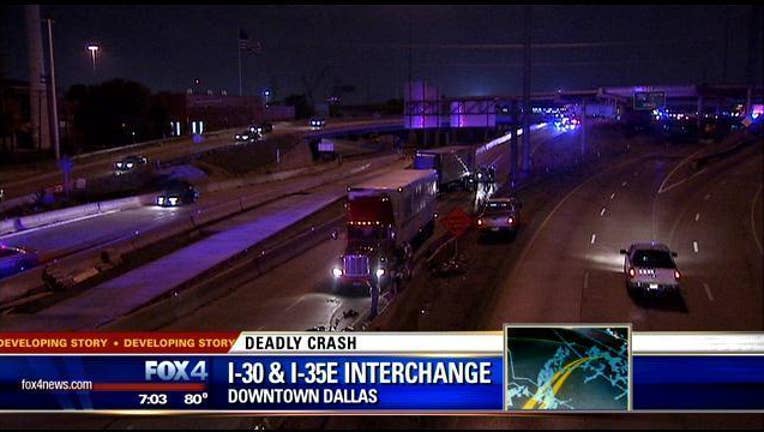 A motorcyclist was killed in a crash on the Dallas Mix Master early Tuesday morning.

Witnesses said a motorcycle driver was weaving in and out of traffic. He lost control after possibly hitting something on the road.

An 18-wheeler couldn’t stop in time and ran over the man. He died at the scene.

Police interviewed witnesses and the driver of the 18-wheeler.

The crash caused major traffic delays during the morning commute.