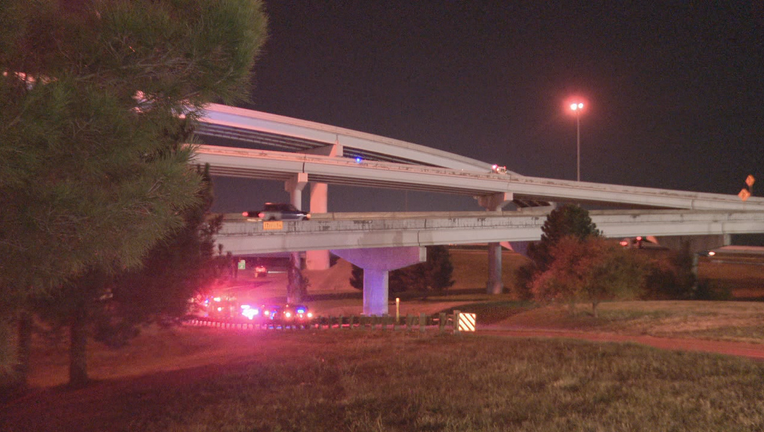 FORT WORTH, Texas - A motorcyclist was killed overnight Saturday after falling off an interstate exit ramp in Fort Worth.

Police responded to the I-35W and I-20 interchange just before midnight.

Witnesses told officers that the motorcyclist was taking the southbound ramp to I-20 west, when the rider crashed.

Officers found the motorcyclist, who has not been identified, in a grassy area near the service road below the ramp. They were pronounced dead on scene.

Police are still investigating what led to the crash.