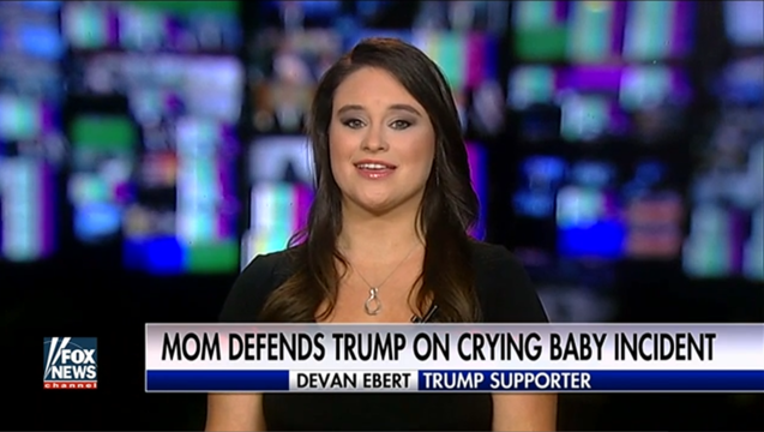 The mother at the center of what was arguably last week’s most bizarre campaign trail dust-up – Donald Trump supposedly kicking a baby out of a rally – tried Monday to set the record straight.

Speaking with Fox News, Devan Ebert took issue with the way the incident has been reported, defending the candidate and saying she wasn’t insulted, “not one little bit.”

“It’s just so crazy,” she said, of the way the incident was portrayed.

Read the full story at foxnews.com.