The mother of a 1-year-old killed in a South Dallas shooting said she found her son face down. She turned him over, and he was lifeless.

DALLAS - The mother of a 1-year-old killed in a South Dallas shooting said she found her son face down. She turned him over, and he was lifeless.

Rory Norman was asleep at home with his family when someone fired at least a dozen shots into the home. The boy’s 20-year-old uncle was also shot but survived. Dallas police are still asking for tips to find out who is responsible.

Rory’s mother, Ebony Miller, says they have lived in that home for nearly a decade. They’ve never had any issue and say they have no clue as to why their South Dallas home was targeted.

1-year-old Rory was a child full of life and excited just to learn how to say his own name. Miller says she's lost count of the dozens of times he rode down the slide at their local park. Tuesday was the first time the family came back to the park without Rory. 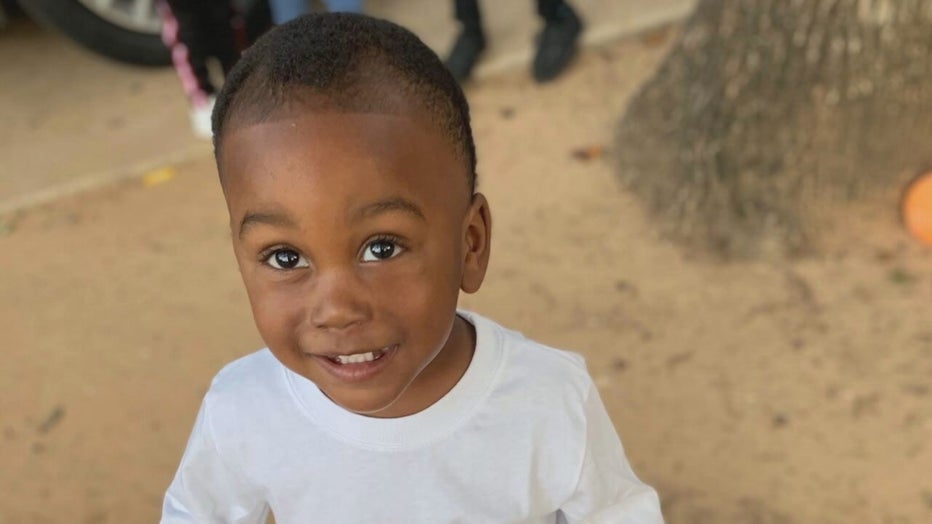 “Just being here is uncomfortable. It just makes me not even want to be in this environment at all,” she said.

“To know the last time I actually physically saw him was at this park. He waved and said, ‘Bye. K.K.,’” said Lakatelyn Cooper, Rory's aunt.

Miller says her brother was shot five times but is recovering.

“When I ran to the room, he always sleeps on his stomach and face. But I already knew once I went in there and turned him over, you saw his face. Then you saw his thigh,” Miller recalled. “I picked him up and you could tell he was lifeless.”

Investigators say the shooting was a targeted attack, but Dallas police are not saying who might have been targeted or why. Family members say they're still wondering why them and their home.

Wednesday is Miller’s birthday. Rory's birthday would have been two weeks later.  She was planning a joint celebration. Now, she just wants someone to find who killed her son.

“We need this community to come forward. It’s a lot going on, so it’s no point in trying to hide anything,” she said. “It’s an innocent child involved and an innocent 20-year-old who does nothing. So why try to save face? Why try to hide anything? You should let it be known.”

At last check, Dallas police have not made any arrests and have not given any information about a suspect description.