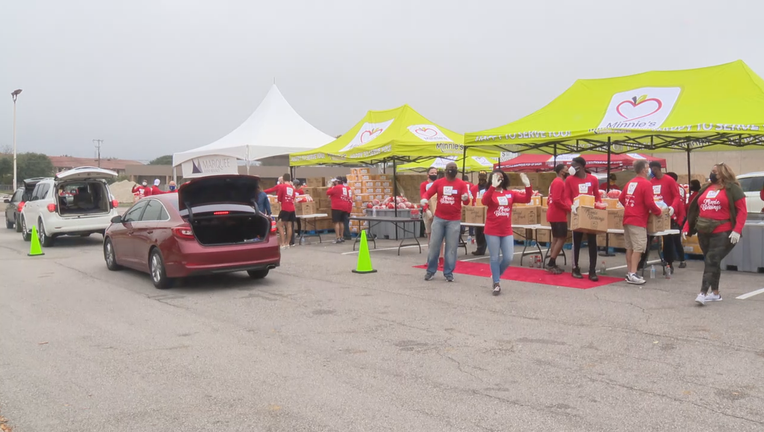 DALLAS - There were 4,000 families who received a Thanksgiving meal on Saturday thanks to a lively drive-thru food giveaway hosted by a local food pantry.

During performances by the Emerald City Band and the Dallas Mavericks Maniaacs, the folks at Minnie's Food Pantry loaded up cars with turkey dinners.

This is the 13th annual giveaway for the pantry, but it almost didn't happen this year.

Due to a lack of funds, 35 employees were going to be let go.

But Dallas Mavericks owner Mark Cuban stepped in and offered to pay their salaries through the rest of the year.

"Everybody was crying, everybody was hugging, and it was just life in this building because on that Friday, they thought that was their last day. There was no way that we could do what we do out here if they had to leave. and thanks to the Dallas Mavericks," said Cheryl Jackson, founder of Minnie’s Food Pantry.

Since the pandemic hit, Minnie's has served more than 4 million meals.