DALLAS - An Ellis County college student is taking strides in her recovery after spending a month in intensive care.

Rachel Richie suffered a traumatic brain injury, a broken spine, and skull fracture when her Jeep was t-boned by a truck on New Year’s Day.

There were times her family did not know if she was going to survive.

Her physical therapist at Baylor is amazed at how well she is recovering.

Just six weeks ago, her family felt overwhelmed with fear and anxiety, but they now say the resounding feeling is joy.

Rachel is bumping and setting a volleyball again. 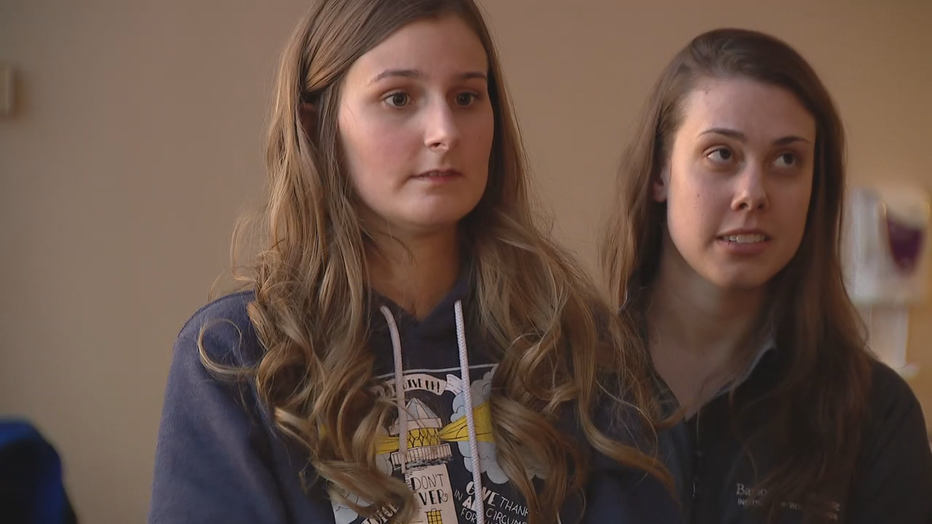 It wouldn’t be difficult for last year’s Midlothian Heritage High School volleyball captain and homecoming queen, except that, only six weeks ago, her spine was broken in half and she suffered a traumatic brain injury.

On the evening of New Year’s Day, the 19-year-old college student and her 18-year-old sister, Olivia, were together on winter break

They were stopped at a red light, making a right turn in their Jeep Wrangler onto Highway 287, when police said a Ford F-150, going 53 miles per hour, ran the light and T-boned them.

The girls were trapped and had to be cut out.

Rachel was flown to a Dallas hospital, where she went through multiple surgeries.

“The things that they were telling us, where we might be, it was very, very scary, and I didn’t picture we would be here in six weeks,” Rachel’s mother, Stacie Richie, said.

But not just doing better. Her physical therapist at Baylor in Dallas said she just learned how to sit up two weeks ago and is now doing some volleyball practice.

Her parents say the most encouraging part is seeing her personality coming back along with that work ethic.

“It says everything about who she is as a person, it really does,” Stacie Richie added.

There's a fundraiser Saturday, Feb. 15, from 6 p.m. to 10 p.m. at the Ellis County Expo, with dinner and live music to help pay Rachel's medical bills.

Hundreds of tickets have already been sold.