Since Sept. 1, most abortions have been halted in the state because of the Texas legislature's so-called Fetal Heartbeat Law. It bans abortions once a fetal heartbeat is detected around six weeks. But Midlothian’s ordinance tries to take it a step further banning all abortions.

MIDLOTHIAN, Texas - The Midlothian City Council decided to not move forward with an ordinance to ban all abortions, at least for now.

There was overwhelming support for the anti-abortion ordinance during public comment at Tuesday's city council meeting.

The ordinance would go farther than the state abortion law that took effect last year and has so far survived legal challenges.

About a dozen people addressed the Midlothian City Council during public comment at Tuesday night's meeting.

The majority were in support of declaring the city a sanctuary city of the unborn, outlawing abortions from conception. 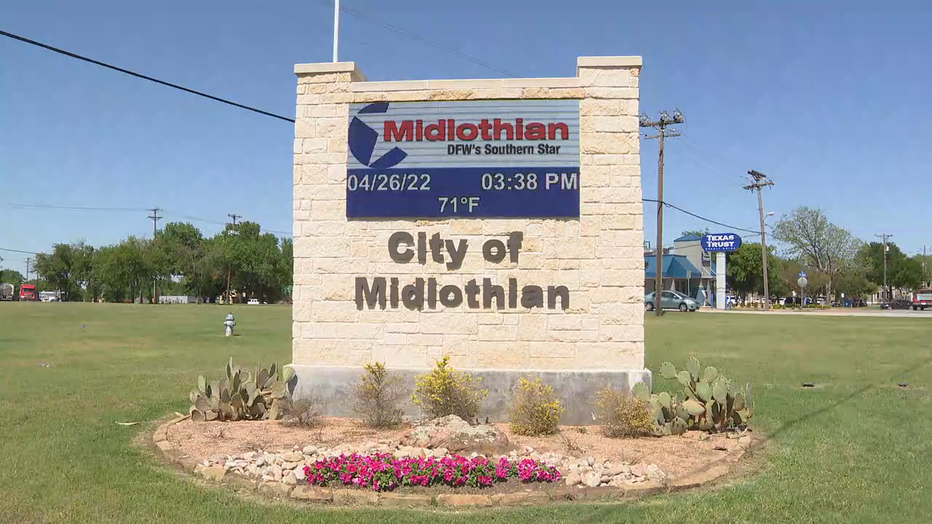 "When I saw this was on the agenda, I knew that I moved to the right city," one supporter said.

"Please consider moving forward with the ordinance," another supporter said. "I am for the ordinance. Don’t walk back."

Midlothian Mayor Richard Reno announced 11 non-speakers signed up in opposition, but only two made their opposition public.

"I know I don’t want my right to choose to be taken away from me or from my daughters or now my granddaughter," one person in opposition said.

"This proposal, in my opinion, is an overreach of government in a deeply personal decision of a woman," another person said.

Since Sept. 1, most abortions have been halted in the state because of the Texas legislature's so-called Fetal Heartbeat Law. It bans abortions once a fetal heartbeat is detected around six weeks.

The abortion law is civilly enforced, and the ordinance of sanctuary cities would be too.

But Midlothian’s ordinance tries to take it a step further banning all abortions.

Forty-five cities in the nation call themselves "sanctuary cities of the unborn." Forty-one of the 45 municipalities are in the state of Texas. Nearly all of the cities do not have abortion clinics in their city limits.

Anti-abortion group Texas Right to Life says a group of Midlothian community members reached out to them about a year ago.

"It’s a proactive measure to prevent abortion providers from moving in to prevent them from committing abortions and from moving into your city," said Ashley Leenerts with Texas Right to Life.

It’s a move some in Midlothian agree with while others feel their voice is being overpowered.

"We all value life and want to do something, but we have an obligation to our citizens to do it correctly," said Midlothian Mayor Richard Reno.

After a two hour discussion, the city council came to conclusion that it’s hesitant to move forward with the ordinance and will consider all options available at a later date.

"It goes beyond stopping abortions and into the lives of our people," Reno said. "I agree if we are going to do this and pass this, we need to put it before the people."

One possible option is the mayor creating a committee to discuss all of the options available.