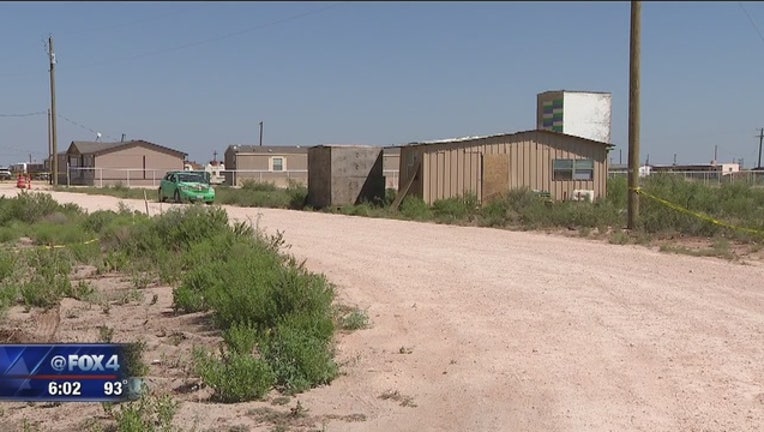 ODESSA, Texas (AP) - The gunman in a West Texas rampage that left seven dead obtained his AR-style rifle through a private sale, allowing him to evade a federal background check that blocked him from getting a gun in 2014 due to a "mental health issue," a law enforcement official told The Associated Press.

The official spoke to The Associated Press Tuesday on condition of anonymity because the person was not authorized to discuss an ongoing investigation. The person did not say when and where the private sale took place.

Officers killed 36-year-old Seth Aaron Ator on Saturday outside a busy Odessa movie theater after a spate of violence that spanned 10 miles (16 kilometers) and lasted more than an hour, injuring around two dozen people in addition to the dead. He spread terror across the two biggest cities in the Permian Basin while firing indiscriminately from his car into passing vehicles and shopping plazas. He also hijacked a U.S. Postal Service mail truck, killing the driver.

Ator had tried purchasing a firearm in January 2014 but was denied, the Texas Department of Public Safety said in a statement Tuesday. The agency said it was precluded by law from disclosing why, but the law enforcement official told the AP it was due to a "mental health issue."

Private sales, which some estimates suggest account for 25 to 40 percent of all gun sales, are not subject to a federal background check in the United States. If the person selling the firearm knows the buyer cannot legally purchase or possess a firearm, they would be violating the law. But they are not required to find out if the person can possess a firearm and are not required to conduct a background check.

The so-called "gun show" loophole means that Americans can buy a gun from an individual, get one bequeathed from a relative, obtain one through an online marketplace as well as from some dealers at gun shows - all without needing to go through a federal background check.

FBI special agent Christopher Combs said Ator "was on a long spiral of going down" and had been fired from his oil services job the morning of the shooting, and that he called 911 both before and after the rampage began. Online court records show Ator was arrested in 2001 for a misdemeanor offense that would not have prevented him from legally purchasing firearms in Texas.

Combs said Monday that Ator called the agency's tip line as well as local police dispatch on Saturday after being fired from Journey Oilfield Services, making "rambling statements about some of the atrocities that he felt that he had gone through." Fifteen minutes after the call to the FBI, Combs said, a Texas state trooper unaware of the calls to authorities tried pulling over Ator for failing to signal a lane change.

Ator fired on the trooper and fled, setting in motion a rampage that didn't end until the gunman was killed at 4:17 p.m., according to Odessa police spokesman Steve LeSueur. That was one hour and four minutes after DPS said the trooper pulled over Ator.

In 2018, more than 26 million background checks were conducted. Of those, fewer than 100,000 were denied with the vast majority of those rejected because the person was found to have a criminal past that made them ineligible. Far fewer just over 6,000 were because the person had been involuntarily committed.

Gun-rights advocates have pushed back against efforts to include private sales, contending it would risk unwittingly turning someone into a felon for a private transaction with a friend or relative. They also argue that criminals will still get their hands on a firearm, regardless of what laws are on the books.

"In the guise of basically regulating private sales it creates a mechanism that is so labyrinthian that basically gun owners won't be able to comply with it," Michael Hammond, the legislative counsel for Gun Owners of America, told The Associated Press.

Gun-control advocates argue that the lack of a background check is making it too easy for the wrong people to skirt the background check system and get a gun. For example, on one well-known internet site for firearms sales, there were classified listings in recent days for about 1,700 long guns in Texas alone.

Combs said Ator "showed up to work enraged" but did not point to any specific source of his anger. Ator's home on the outskirts of Odessa was a corrugated metal shack along a dirt road surrounded by trailers, mobile homes and oil pump jacks. Combs described it as a "strange residence" that reflected "what his mental state was going into this."

Ator fired at random as he drove in the area of Odessa and Midland, cities more than 300 miles (482 kilometers) west of Dallas. Police used a marked SUV to ram the mail truck outside the Cinergy Movie Theater in Odessa, disabling the vehicle. The gunman then fired at police, wounding two officers before he was killed.

The number of mass killings so far this year has already eclipsed the total for all of last year. A teenager suspected of killing five family members in Alabama brought the total to 26 mass killings in 2019, claiming the lives of 147 people, compared with 25 mass killings and 142 deaths in 2018, according to a database by The Associated Press, USA Today and Northeastern University. The database tracks homicides where four or more people are killed, not including the offender.