WAYLAND, Mich. - Two Michigan boys found a wallet stuffed with more than $500 in cash — and rather than keep it, they turned it in to police.

The Wayland Police Department announced in a Facebook post that it was making the boys, Logan Mishoe, 14, and Austin Nichols, 13, honorary “Citizens of the Day” for their good deed. 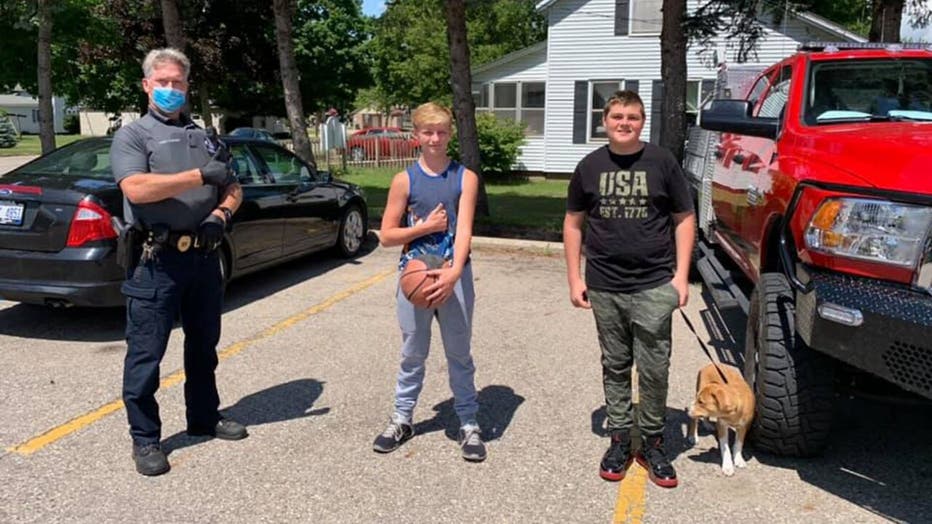 Inside the wallet was close to $550 in cash, but no license to identify the owner, the station reported.

Logan and Austin were looking for shade in a municipal park in Hopkins Wednesday when they found the wallet on a bench. They turned it in to a Wayland officer and an Allegan County deputy.

The officer and the deputy found the wallet belonged to Jason Burchardt, who left it behind after having lunch in the park with a friend, Fox 17 reported.

“We sat in the pavilion at the table and we ate lunch, and then got up and left,” said Burchardt. “I had no idea my wallet was even missing. No clue.”

He gave the boys $50 for their integrity, according to the station.

“It’s super easy to do the right thing when someone is standing there and sees you do it,” he told the station. “It’s a whole other level of integrity when no one knows what you’ve found and what you have, and you still do the right thing.”