DALLAS - The Dallas County Sheriff’s Department is looking for the people who assaulted a driver last week.

The sheriff’s office said two men in a black and white car rear-ended a maroon truck around 5:30 p.m. last Wednesday on Interstate 20 near Interstate 35.

They did not stop until their car broke down because of the crash about a quarter of a mile down the road.

The driver of the truck caught up to them and reportedly tried to exchange insurance information with them. He was instead attacked by one of the men in the car, the sheriff’s office said. 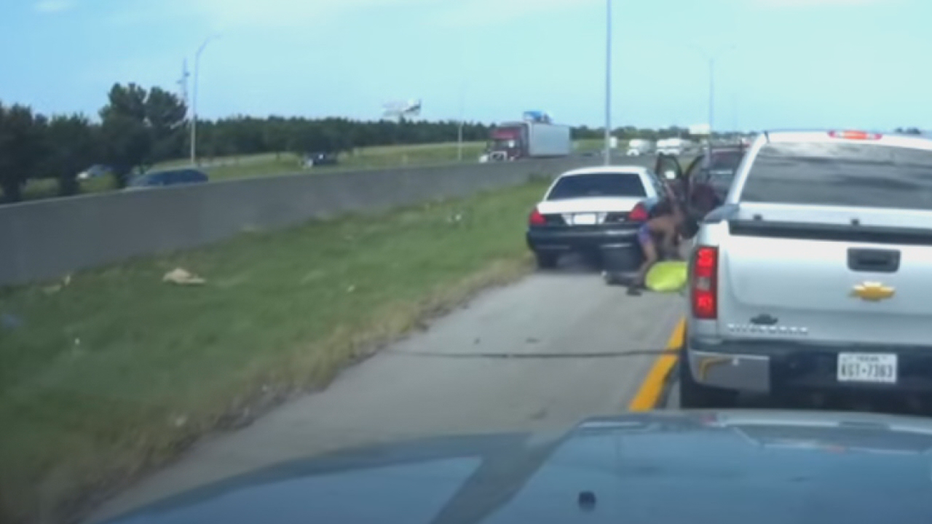 Those men, along with two children, got into a gray van that pulled up behind them and drove away.

A witness captured the disturbing incident on video. The sheriff’s office shared it in hopes that someone who recognizes the men or their vehicle comes forward.

Anyone with information should call the Dallas County Sheriff’s Department Vehicle Crimes Unit at 214-589-2343.