Those heroes, along with first responders, were honored at the Colleyville Heritage High School football game.

The Medal of Honor recipients arrived at the stadium with a motorcycle escort, and they were welcomed with cheers. 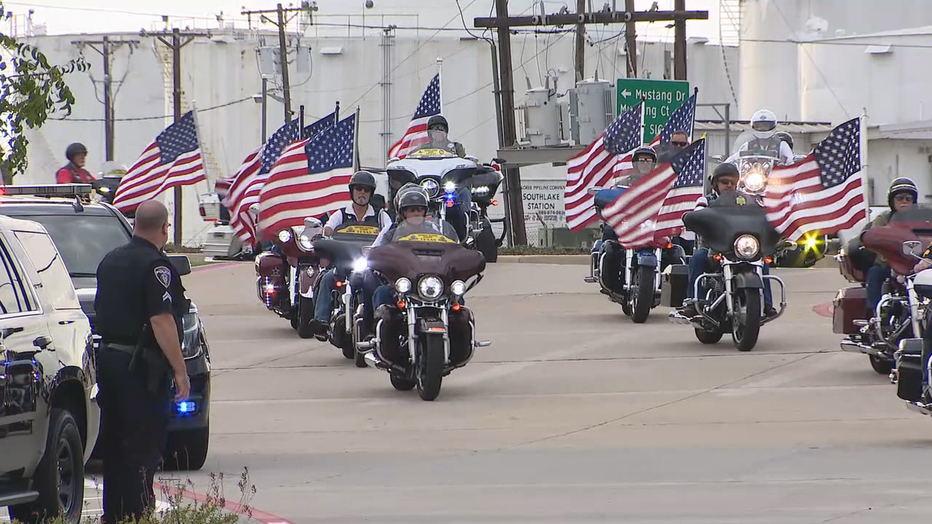 One recipient, a Vietnam War veteran, sang the National Anthem before the game.

The recipients have served their country, going above and beyond to save the lives of others.

Friday’s game was part of a weekend full of events scheduled to continue honoring these veterans, and share their service with the next generation.

Medal of Honor recipient James McCloughan performed the National Anthem before the game. He said after 38 years of coaching high school football, being on the field felt like home. 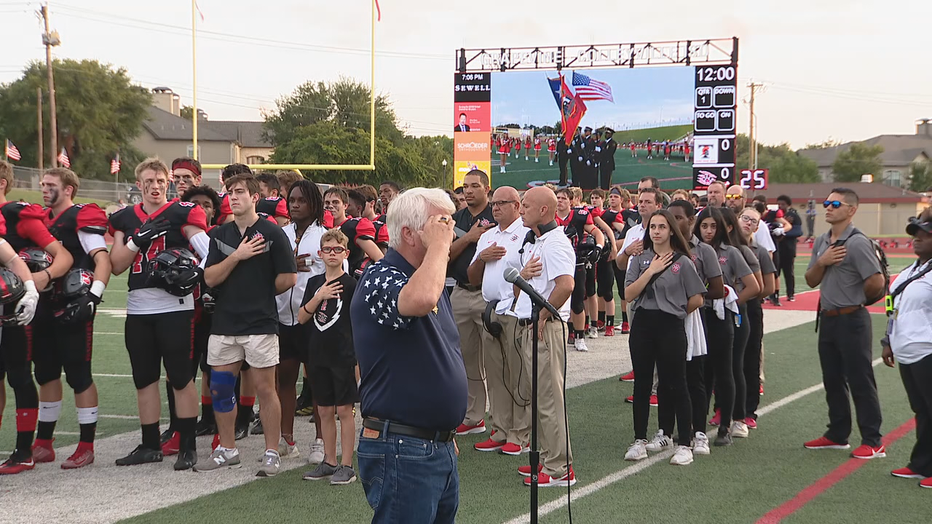 McCloughan received his medal of honor in 2017 from President Donald Trump.

He was drafted back in 1968, and served as an Army medic in the Vietnam War.

McCloughan was a 23-year-old Private First Class when he voluntarily entered the “Kill Zone” during a battle to rescue injured comrades.

He was hit with shrapnel from a grenade, and is credited with saving 10 lives during the battle.

“Not only was I able to save men, there are those that I couldn’t save who gave their life for the freedom of choice that we have. I want these young people, if they want to thank a veteran, they need to live that freedom,” McCloughan said.

Escorted by Patriot Guard riders, the 12 Medal of Honor recipients received a warm welcome to the stadium Friday evening.

The veterans came from all across the United States, brought to North Texas by the Tribute to Valor Foundation, which is based in Irving.

President of the foundation, Gary Littrell, led the group to several different schools in the area, greeting students during presentations and assemblies.

He says his goal is to bring young people face-to-face with veterans, emphasizing the importance of courage, commitment, sacrifice, and patriotism.

“We can set the example, and we don’t talk military, we don’t tell war stories. We go into the schools and say, ‘You know, we want you to live a life of character,’” Littrell

Littrell said he challenges the students with the question: who am I? Am I the kind of person who would step up to protect someone in need?

He said lessons he’s learned in service can translate to many other aspects of life.