Embattled McKinney City Councilmember La’Shadion Shemwell lost one round in his legal fight to try and prevent his recall election.

MCKINNEY, Texas - Embattled McKinney City Councilmember La’Shadion Shemwell lost one round in his legal fight to try and prevent his recall election.

Shemwell is suing the city, claiming the process is unconstitutional and that he has been discriminated against multiple times by police and others. But the council voted Tuesday to move forward with the recall election.

The city charter says a recall election will go to a vote of the entire city, but Shemwell believes it should be a vote of the district that voted him in. That’s now an issue in front of a federal judge.

Shemwell has accused McKinney police of racial profiling when he was arrested because he refused to sign a ticket during a 2018 traffic stop. He declared a ‘black state of emergency’ in 2019 after a Fort Worth police officer was charged with murder for shooting a black woman in her own home. 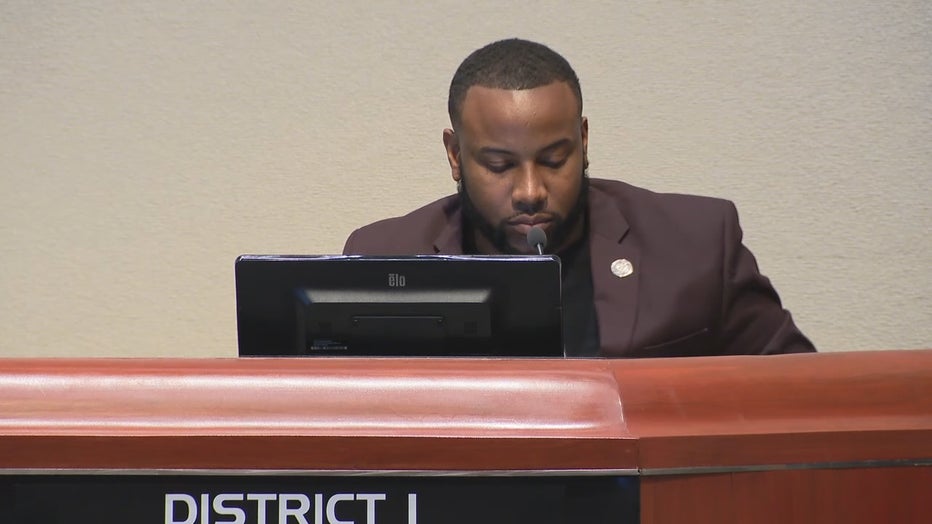 Shemwell's actions led to more than 3,000 people in McKinney signing a petition for a recall election to try to vote him out of office. Tuesday night, council members voted to move forward with the election, which, according to the city charter, will be a city-wide vote.

But Shemwell believes the vote should include only residents of District 1, his district that voted him into office. He related his experience to that of Martin Luther King Jr.

“He was assassinated for the very reasons and things that they call me today: an agitator, an activist, someone who stands against the status quo for equality of our people,” Shemwell said.

"My advocacy for signing that petition should in no way, shape or form be confused with me doing that because I have considered your actions to be identical to Martin Luther King,” said McKinney Mayor George Fuller. “I actually have found them to be quite opposite."

Tuesday Afternoon ahead of the council meeting, Shemwell’s attorney gave up his effort for a temporary restraining order to try and block the recall election while he challenges it in court.

At the federal courthouse in Plano, attorney Shayan Elahi argued” “This ‘recall election’ is to be held city-wide...and shall encompass the entirety of the city...not just District 1, which elected Mr. Shemwell.”

Elahi argued that it violates the Voting Rights Act, undermining the voting rights of minorities, as Shemwell is African-American and District 1 has the highest number of minorities in McKinney.

“Having the recall done city-wide dilutes the results of that district,” Elahi said.

But Judge Sean Jordan, and attorneys for the city of McKinney, asked Shemwell's attorney for clear evidence of a racial grievance, and it was not provided. City attorneys call it “truly extraordinary” to ask a federal judge to tell a city council they don’t have a right to vote to move forward with an election. A preliminary injunction hearing for the election lawsuit is now set for February 4th.

“We’re pleased that the city council has the opportunity to go forward tonight and we’ll see what happens on the fourth, said city attorney Robert Hester.

As of right now, the recall election for Shemwell’s council District 1 position will be on the ballot for a city-wide vote on May 2nd, part of the already scheduled election.