A 13-year-old boy is being honored for his quick thinking actions that helped save his mother’s life twice.

McKINNEY, Texas - A 13-year-old boy is being honored for his quick thinking actions that helped save his mother’s life twice.

On two separate occasions, Camille Allen was having a stroke, and both times, her son Xavier noticed the signs and called 911.

Doctors and EMTs said Xavier’s actions were critical in saving her life.

It’s been more than six years since Allen’s first stroke.

She said she didn’t recognize she was having a stroke again, but her son knew something was wrong.

"I’m very proud of him, because if it wasn’t for him, I probably wouldn’t be here today," Allen said.

Back in April 2015, she felt a little off, but didn’t notice any alarming signs until it hit her.

"I felt hot, clammy, couldn’t stop drooling, then I passed out," she recalled.

Her son Xavier, a 7-year-old at the time, saw her and called 911, helping to save his mom’s life.

Then, almost six years to the day, it happened again without warning this past April.

"I couldn’t talk, he was calling my name and I couldn’t answer him," Allen recalled.

"She was looking up, and she was mumbling a lot," Xavier said.

Xavier was once again there to call 911.

"When they asked me if they should have the ambulance come, she was like no. She didn’t want one, but I told them to bring one anyway," he said. 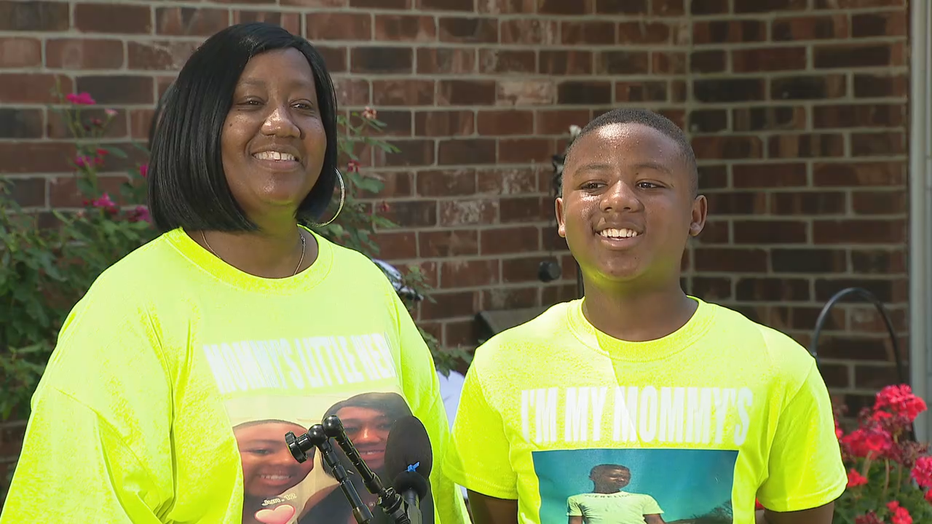 Allen was transported to Baylor Scott & White Medical in McKinney. Her stroke was so severe that she was transferred to the comprehensive stroke center at Baylor’s Plano campus.

She spent two days on life support fighting to survive.

"They were calling, getting ready to call my family in because they said I probably wouldn’t make it through the night," she recalled.

But she pulled through thanks to the quick actions of her son, first responders, and medical staff.

"The key here is the timing and presence of mind and the maturity her son had to provide that history and help guide the therapy," Dr. Sam Ritter said.

In the rush, Xavier didn’t get a chance to thank the medics who helped keep him calm.

So when he was assigned to write about his hero in school, he wrote about them.

"My hero was a medic, this medic that saved my mom was a true hero," he said. "I really wish I could’ve given them something for my appreciation of saving my mom’s life."

He hadn’t gotten the chance to thank them in person until Friday.

"Every second with stroke, it counts. So I’m very proud of him," Allen said.

Allen said her doctors are still trying to figure out the cause of her stroke, but she does plan to adjust her lifestyle.

She will also go through speech therapy to help with her recovery.