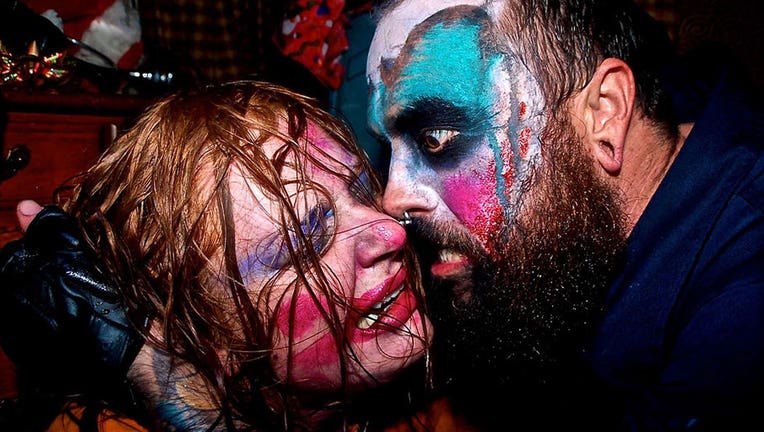 SUMMERTOWN, Tenn. - Haunted Houses are a staple of spooky season, but one “extreme haunted experience” pushes people to their limits and requires patrons to sign a 40-page waiver, create a safe word and pass a physical exam.

McKamey Manor touts itself as the scariest haunted house in the country. There’s a location in Summertown, Tennessee, and Huntsville, Alabama, according to the website.

Russ McKamey owns and operates the terrifying experience, which appears to take more than 10 hours to complete. People can take the tour by themselves, which is called “Desolation,” or they can take part in a two-person “personalized interactive experience.”

In order to participate, a reservation has to be made and the haunted house fan must be 21 or older. Then they must go through a lengthy screening process.

The process requires each person to complete a sports physical, which includes a doctor’s letter “stating you are physically and mentally cleared;” pass a background check provided by McKamey; a screening on Facebook, FaceTime or over the phone; provide proof of medical insurance; sign a 40-page waiver; create a safe word and pass a drug test.

Once a person has passed the rigorous process, they have to watch a two-hour video and pay to get in with a bag of dog food for McKamey’s pets.

If a person has the physical and mental strength to finish the house, they can walk away with a lifetime of nightmares and $20,000. But they also have to follow a required set of rules or they’ll lose out on some of the cash.

Those rules include no cussing, drinking, smoking, running, eating, or touching the actors or props.

So far, McKamey said no one has completed the intense tour.

The original location for the house was in San Diego, California, but eventually it closed down and McKamey moved to the Tennessee and Alabama locations.