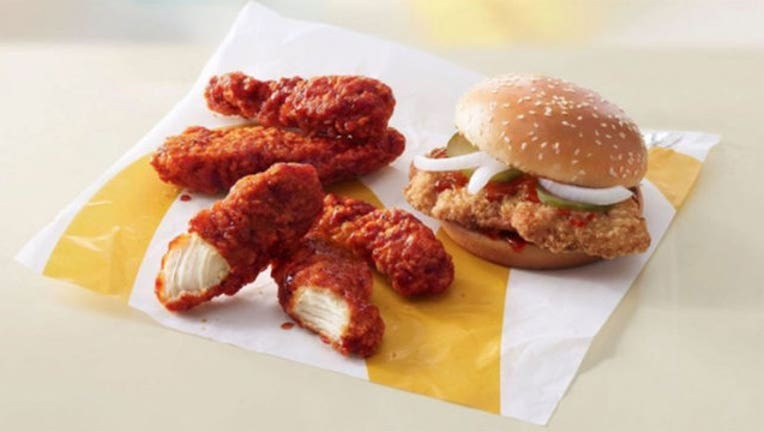 Both items will be available starting on Sept. 11. (McDonald's)

McDonald’s is turning up the heat on the chicken sandwich wars.

The surprise hit of summer 2019 is Popeye’s new chicken sandwich, which is reportedly so popular among fans that it sold out. Other fast-food chains have responded, either by reminding customers of their existing sandwiches or by unveiling new chicken offerings of their own.

McDonald's confirmed to Fox News that the new items will be available starting Sept. 11 for a limited time. According to McDonald’s, both items have already been tested at several restaurants since the beginning of the year.

While the timing may make it seem like the new items are a response to Popeye’s popular chicken sandwich, rumors of McDonald’s adding spicy chicken items were reported in late June. At the time, McDonald’s confirmed that new items were planned for mid-September, but would not give specific details on the menu items.

McDonald’s revealed details of the menu additions to Fox News. They described the Spicy BBQ Chicken tenders as, “(their) classic Buttermilk Crispy Tenders, battered and breaded to perfection, hand-tossed and perfectly-sauced to order in our new, mouthwatering Spicy BBQ glaze that contains just a hint of jalapeno.”

The Spicy BBQ Chicken Sandwich is described as the “classic Buttermilk Crispy fillet made with all-white meat and served on a sesame seed bun with slivered onions, pickles and topped with that same smoky, sweet with medium heat Spicy BBQ glaze.”