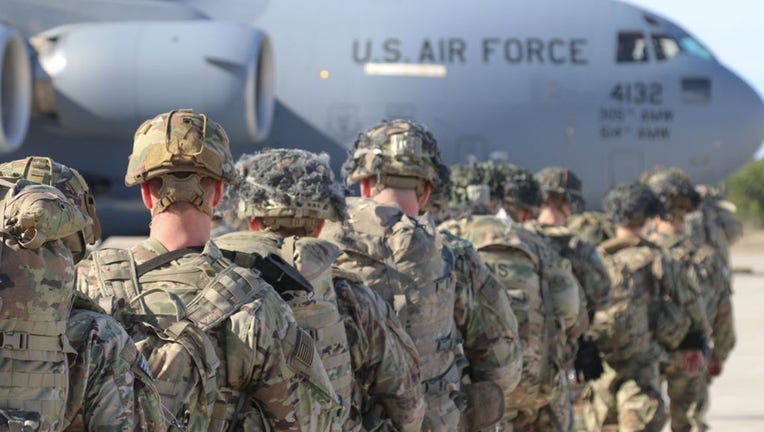 Members of the U.S. military work round-the-clock, 365 days a year to serve and protect the country. During the month of May, their efforts are acknowledged and appreciated during Military Appreciation Month.

Congress designated May as National Military Appreciation Month in 1999 to ensure the nation was given the chance to publicly show their appreciation for troops past and present, Military.com reports.

Several specific military holidays are celebrated throughout the month to culminate with Memorial Day on May 31.

"May was chosen because it has many individual days marked to note our military's achievements, including Loyalty Day, established in 1921, Victory in Europe (VE) Day commemorating the end of WWII in Europe in 1945, Children of Fallen Patriots Day and the anniversary of the death of Osama bin Laden," Military.com writes.

No matter which day you’re reflecting upon the work of our country’s heroes, Tubi has got you covered. Tubi has an extensive collection of war movies and documentaries to mark the occasion, and all are free to stream.

Here are some of the titles available:

In this true WWII story, an American colonel creates the First Special Service Force from a group of misfits. A dangerous mission soon awaits.

Based on the true story of the young B-17 bomber crew that executed over two dozen perilous missions over Nazi-occupied Europe during World War II.

Clint Eastwood stars as a stoic U.S. Marine Sergeant with a failed marriage whose tough love with his platoon becomes crucial when they go to war.

After a failed mission, a US Marine, stranded in a desert strewn with land mines, battles for survival amidst both physical and psychological hazards.

Four soldiers trapped behind enemy lines must confront their fears and desires, as they travel a treacherous path back to find their battalion.

An American unit trapped behind Nazi lines in WWII tries to save the nuns and children stuck in an orphanage just hours before bombs are set to fall.

A disgraced WWII Army Captain gets a shot at redemption when asked to lead a unit of misfits on a secret mission to obtain a Nazi super weapon.

When the co-pilot of a B-17 bomber is killed in a WW2 air raid, his rookie stand-in fights to gain acceptance by the crew during a perilous mission.

Stranded American soldiers in World War II take a high-ranking Nazi officer as their prisoner while they mastermind an elaborate and tense escape.

The harrowing true story of the black ops team deployed to Iraq days before Operation: Desert Storm and the failed mission that nearly killed them.

This station is owned by the FOX Corporation