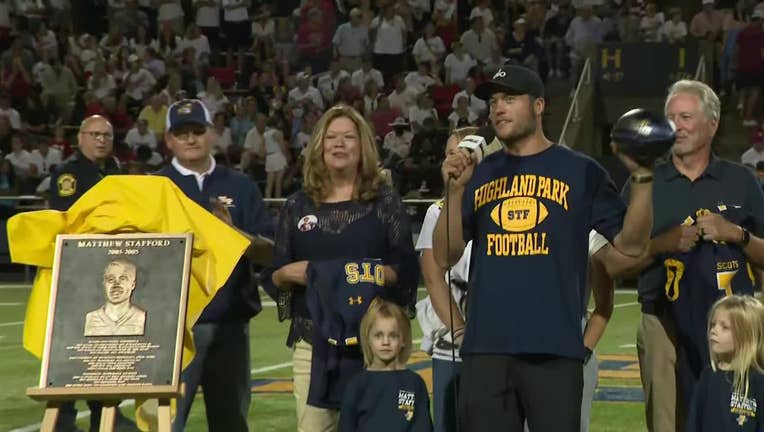 "I just want to say this is an unbelievable night for myself, my family, hopefully for all the guys that I played with," Stafford said.

It was a packed stadium for the ceremony to retire the Highland Park Scots #7 jersey.

During his 13th season in the NFL, he won his first Super Bowl with the Los Angeles Rams earlier this year.

Stafford said he's busy during football season and he hasn't been able to get back to Highland Park to watch the Scots, but the Rams played Buffalo Thursday night, so an off day Friday meant a special night for him and his family.

"Even driving up here tonight to come do this, watching everybody kind of walk to the game, the guys out there warming up before the game, just brought back a lot of memories and it was fun for my family to see that too," Stafford said. "My wife, my four girls, oh this is where daddy played football when he was a kid and all that, so it’s a lot of fun."

Stafford has tied Drew Brees by reaching 50,000 passing yards the fastest, doing it in 183 games.

Only 11 other QBs have reached that milestone.