After long lines were reported over the weekend, Mansfield ISD expanded its efforts to help parents pick up students’ virtual school supplies.

Distribution was retooled Monday in an effort to greatly improve efficiency. Some Mansfield ISD parents, however, were still wary of the long lines.

“I don’t even have confidence that they have the Chromebook here to be honest with you. Yes that’s how I’m feeling,” said parent Liz Scarim. 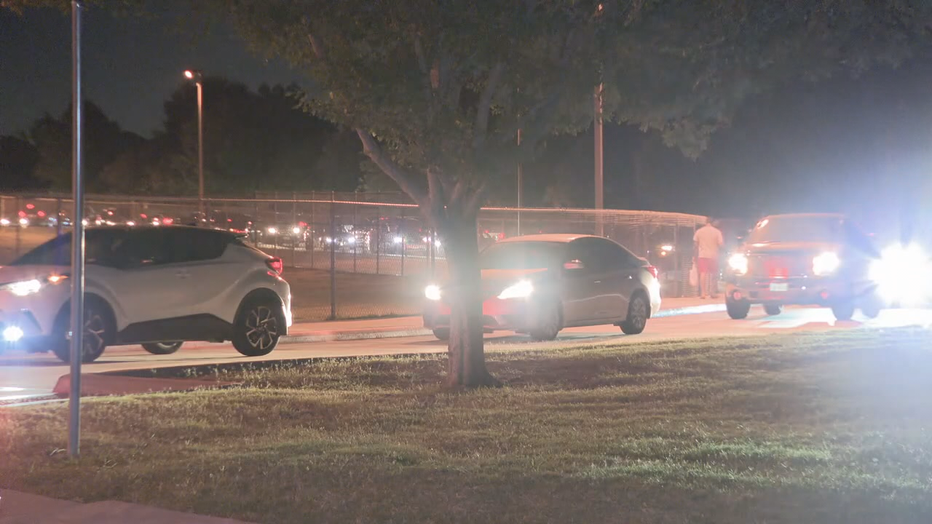 Sunday night was frustrating as families waited hours and hours to pick up students’ laptops for virtual learning. The scenarios some described were nightmarish.

Some parents waited up to 10 hours in line to get computers and other technology from the Mansfield Independent School District. That prompted a change from the district to try to alleviate some of the lines.

The new set-up on Monday included five separate locations with operating hours of 1 – 7 p.m. The district apologized for the hectic process in a statement to parents.

“Students who are not able to get their device by the first day of school on August 12th will not be behind,” MISD said.

The view from SKY4 on Monday showed dozens and dozens of vehicles, many of which began lining up well before the device hand-out began.

“They had it over at the one spot and lines were hours and hours long. I went up and looked a couple of times and just bailed out of it. This is the first time today, but this is moving along so it seems like it’s better,” said parent Phillip Degroat.

The semester will start Wednesday with only remote classes. For anyone who chooses to send their children to school, in-person classes will begin on Sept. 8.

Students do have the option to use their own computers if they have access to one. They only need an internet connection to log on.