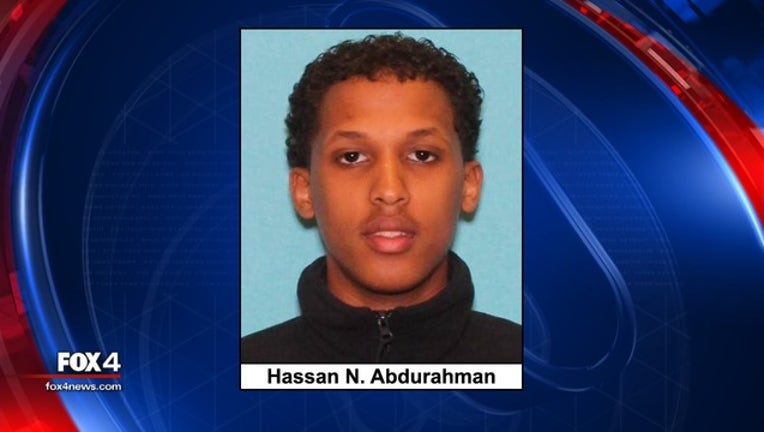 LUBBOCK, Texas - Authorities are searching for a man with North Texas ties in connection to a Lubbock man's murder.

However, authorities are still searching for 20-year-old Hassan N. Abdurahman in connection to Fawver's death. A murder warrant has been issued for Abdurahman's arrest.

Police say Abdurahman has ties to the Grand Prairie area and possibly the Lubbock area.

Investigators are urging anyone with information on Abdurahman to call Crime Line at (806) 741-1000. Callers can remain anonymous and may be eligible for a cash reward.