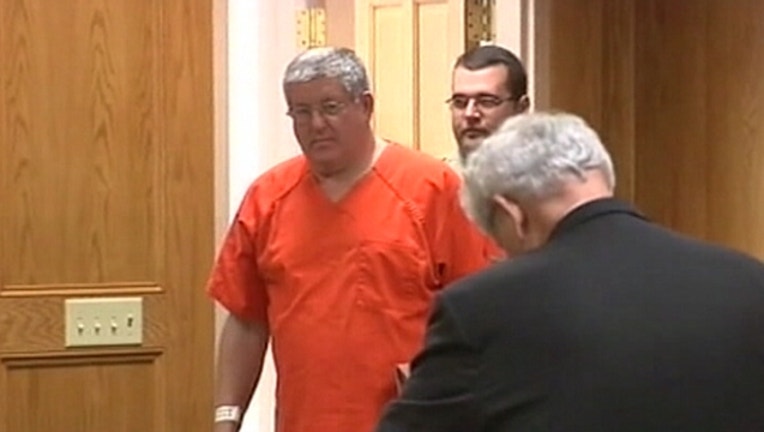 The Rusk County jury of 10 women and two men deliberated about 4½ hours before sentencing Bernie Tiede to 99 years to life in prison following a new sentencing trial for his 1999 conviction in the killing of Marjorie Nugent, a widow more than 40 years his senior.

Tiede, originally given life in prison, had been incarcerated nearly 16 years when he was temporarily freed in 2014 after his original prosecutor, Danny Buck Davidson, said he believed Tiede deserved a lesser sentence because of new evidence related to claims of sexual abuse that Tiede had suffered as a minor.

"Our prosecutors and staff work tirelessly for the people of Texas, and we thank the jury for their service and diligent work in ensuring a just verdict," Texas Attorney General Ken Paxton, whose staff prosecuted Tiede in the retrial, said in a statement.

Tiede, 57, was a mortician at the Hawthorn Funeral Home in Carthage, Texas, a town of about 7,000 about 150 miles east of Dallas, when he met Nugent at her husband's funeral in 1990.

In 1996, Tiede shot Nugent four times in the back with a .22-caliber rifle, then hid her body in a freezer next to packages of frozen meat, pecans and corn. He carried on for nine months as if Nugent was still alive before authorities searched her home and found her body.

In his confession, Tiede described her as "evil" and asserted that he snapped under the pressure of her mistreatment.

During his resentencing trial, which began April 6 in Henderson, 30 miles west of Carthage, a psychiatrist testifying for the defense told jurors the relationship between Tiede and Nugent was typical of abusive relationships and described Tiede as being like a battered wife.

Tiede's attorneys had also argued to jurors that Tiede's mental state was affected after an uncle sexually abused him as a minor.

But lawyers from the Texas attorney general's office, who replaced Davidson in the case after he recused himself, had argued Tiede was a con artist who killed Nugent to cover up his theft of her money.

Through financial documents presented during the resentencing trial, the prosecutors argued Tiede was embezzling millions of dollars from Nugent, telling her he was investing her money in the stock market but actually spending it on himself and his friends.

The uncle who Tiede had accused of sexually abusing him denied the abuse claims at trial. However, three men testified they had also been sexually assaulted by Tiede's uncle when they were minors.

"Bernie," the dark comedy inspired by Tiede's case, starred Jack Black, who portrayed Tiede as a quirky, friendly man who sang in the church choir, helped local residents start businesses and was beloved by a small, insular community.

Nugent, played by Shirley MacLaine, was portrayed as a crotchety, withdrawn scold disliked by most of the town and who constantly insulted Tiede. Nugent's family has long protested how the widow was presented in the movie, saying Tiede manipulated their mother and grandmother to steal from her and should remain in prison.

Since his release, Tiede had been living at the Austin home of filmmaker Richard Linklater, who directed "Bernie."