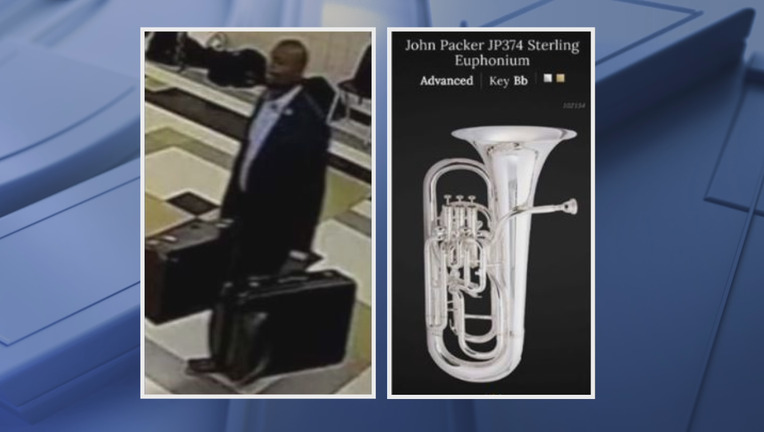 PLANO, Texas - Someone ripped off the band at Plano East Senior High School.

Plano police said two weeks ago, a man who showed up on campus after school convinced students that he was there to pick up two instruments for repair.

The students let the man into the band hall and he took a valuable euphonium and saxophone.

"The brazenness of a such an act—stealing from our students—is appalling," said Joe Parks, Plano ISD’s executive director for Safety and Security Services. "We encourage anyone with information about the incident or the suspect to contact the Plano Police Department.”

Police released a picture of the suspected thief. He reportedly left in a red, four-door vehicle.

The school and district are also reviewing the incident to determine which security protocols need to be reinforced or adjusted.