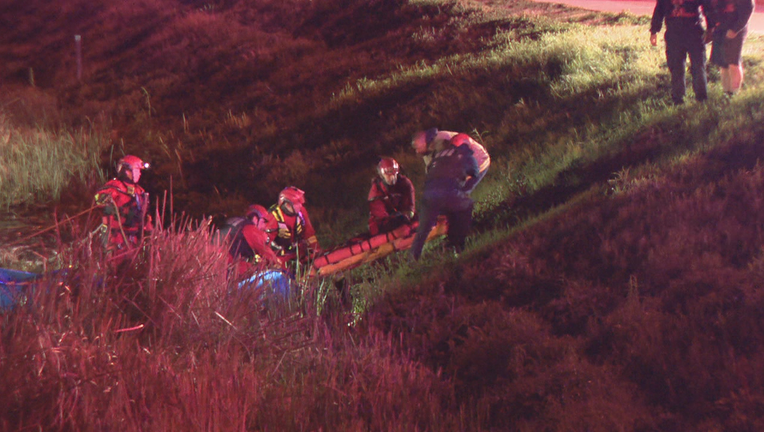 DALLAS - It was a difficult and risky rescue for Dallas firefighters to save a man who fell into a drainage pipe Wednesday night.

The rescue started just after 10:45 p.m., after someone saw a man go into the water at Lake Cliff Park, near Zang and E. Colorado boulevards.

It is a nearly 50-foot drop to a large overflow drain in the lake.

Rescue crews were called to assist, and firefighters had to rappel into the pip to rescue the man.

It took two hours to get him out of the drain pipe and get him into a boat.

He reportedly suffered head injuries, and was taken to a local hospital.