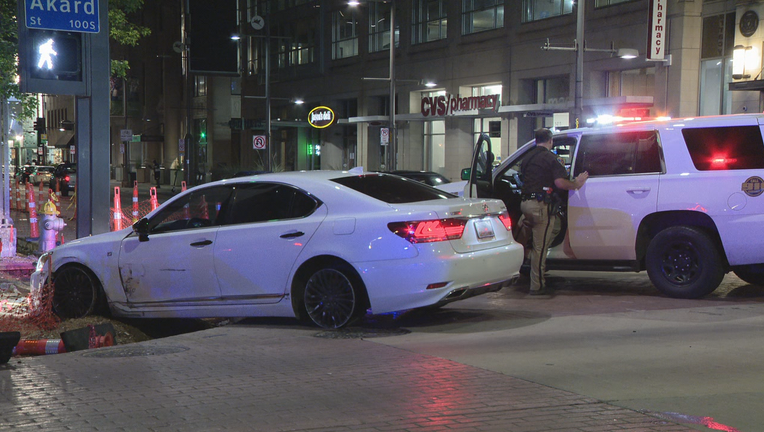 DALLAS - A man was arrested after leading a Kaufman County deputy on a chase early Thursday morning.

The high-speed chase started along Highway 80 in Elmo, just east of Terrell. Deputies tried to pull over a suspected drunken driver but he refused to stop.

Deputies at one point deployed spikes in an attempt to stop the man in the white Lexus. He continued driving on bare wheels at speeds of up to 100 mph.

The man lost control of the car and hit a wall near Fair Park. However, he was still able to continue driving at a much slower speed.

The chase finally ended when the man drove into an area with road construction at Main and Akard streets in Downtown Dallas.

The suspect, identified as 43-year-old Allen Blair of Lewisville, was quickly arrested.

He had several outstanding warrants related to identity theft and will now face charges for evading arrest.