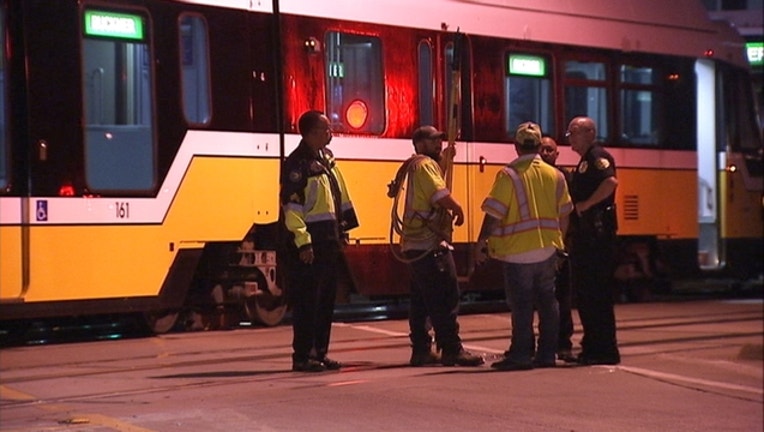 DALLAS - A man is in critical condition after being hit by a Dallas Area Rapid Transit train Wednesday night.

He was apparently walking on the tracks on Main Street in Deep Ellum when the train hit him. He was dragged for about 200 yards.

Firefighters were able to rescue him, but he lost both of his legs.

The accident closed the tracks for more than an hour. The Green Line has since reopened.