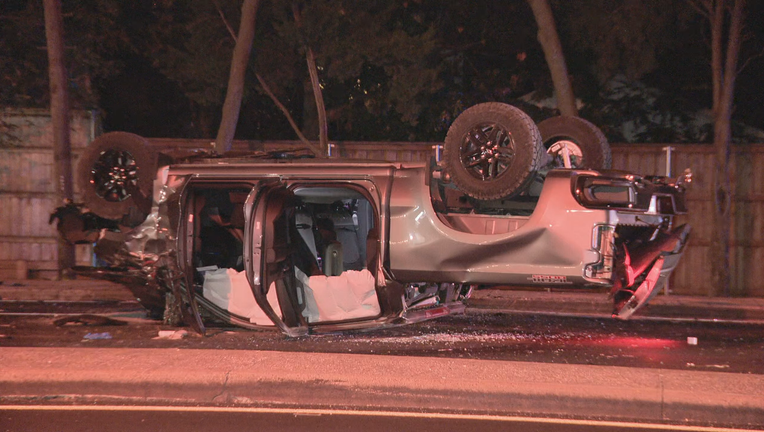 DALLAS - A 56-year-old man died in a rollover crash overnight Friday in Dallas.

The single-vehicle crash happened just after 12:15 a.m., in the 9800 block of Garland Road, near Buckner Boulevard in the White Rock area of Dallas.

A witness told police a Chevrolet Silverado was traveling southbound at a high rate of speed, when the driver, later identified as Mark Blanton, swerved to avoid a slower vehicle.

The Silverado then crossed the median and crossed the northbound lanes, before hitting trees and rolling onto its top.

Blanton was taken to a hospital, where he was later pronounced dead.