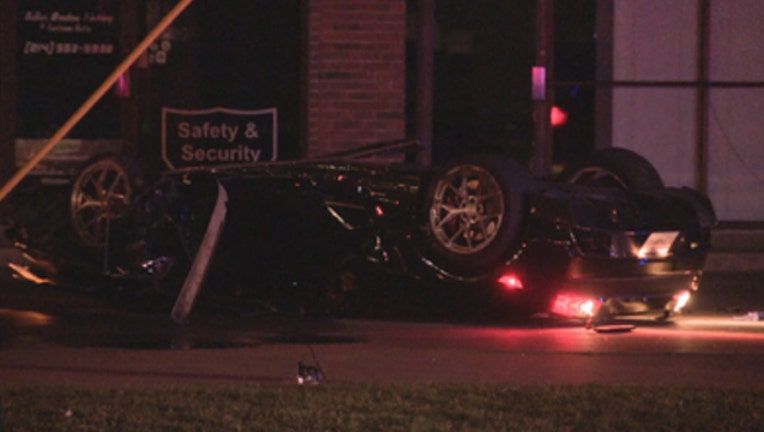 DALLAS - A 36-year-old man was killed when the Lamborghini sports car he was driving crashed Friday night.

Police say Taylor Sims was driving a 2011 black Lamborghini Gallardo southbound at a “high rate of speed,” when he lost control of the vehicle and it went off the road.

The Lamborghini crashed into a pole and rolled several times, before landing on its roof in a nearby parking lot.

Sims was pronounced dead at the scene.