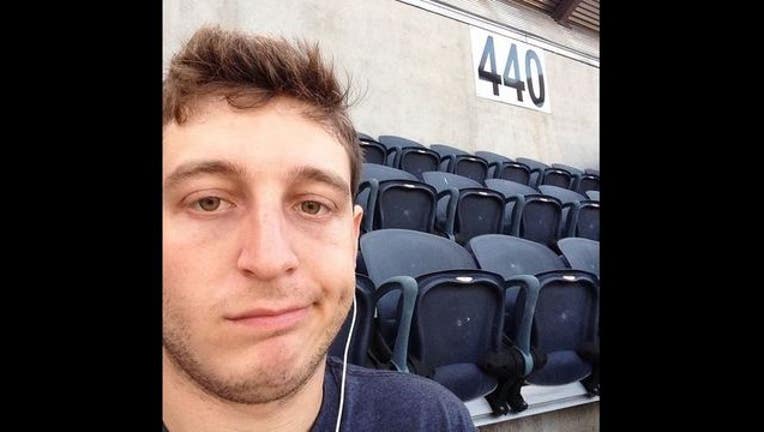 CHICAGO, IL- Robbie Chernow was looking forward to a fun weekend in Chicago to celebrate his friend Jake’s bachelor party.

But when he arrived in the windy city, none of the groomsmen (or the groom) had shown up.

Turns out everyone except Chernow, who flew from New York to Chicago, had their flights canceled.

“The plan was always for me to arrive a few hours early,” he told Mashable. “But once I landed I was notified that Delta canceled the flight that everyone else was supposed to be on and couldn’t rebook them in a timely fashion.”

But instead of flying back to New York, Chernow stayed in Chicago and has been going to all the planned bachelor party activities alone.

Using the hashtag #ChicagoForOne, to document his experiences, Chernow has been Instagramming photos of his lonely bachelor party for one.

But Chernow said despite being alone, he’s been having a good time.

“I have to hand it to Jake,” he told Mashable. “He planned a very fun weekend. It just so happens now I get to enjoy it alone!”

Chernow’s friend Will Heineman, started a GoFundMe account for him. So far the account has raised $180, and will go towards “buying new (and hopefully better) Chicago friends.”