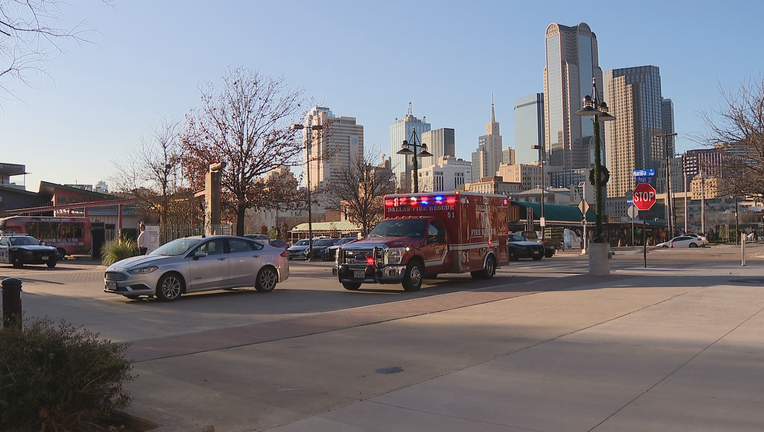 DALLAS - Police arrested a man accused of robbing and cutting a woman in Downtown Dallas.

It happened around 3:30 p.m. Tuesday after police got a call about a man with a gun near the Farmers Market.

When officers arrived, they found a woman with a cut on her hand. She told them a man had robbed her at a nearby homeless shelter.

The victim said she and others chased the man to the Famers Market. Police took him into custody.

The woman was taken to the hospital but is expected to be okay.