Man arrested after running over 13-year-old Krum girl, driving off

Police in Krum in Denton County arrested a man they say ran over a girl who is autistic and drove away.

KRUM, Texas - Police in Krum in Denton County arrested a man they say ran over a girl who is autistic and drove away.

Surveillance video from a nearby restaurant shows the aftermath. Witnesses immediately rushed to help the girl after she was dragged down the street. She remains at Cook Children's Medical Center.

Leah Johnson, 13, is seen on security footage walking alone outside a restaurant in Krum Wednesday evening. She lives in a neighborhood across the street and was reported missing to police by her parents. 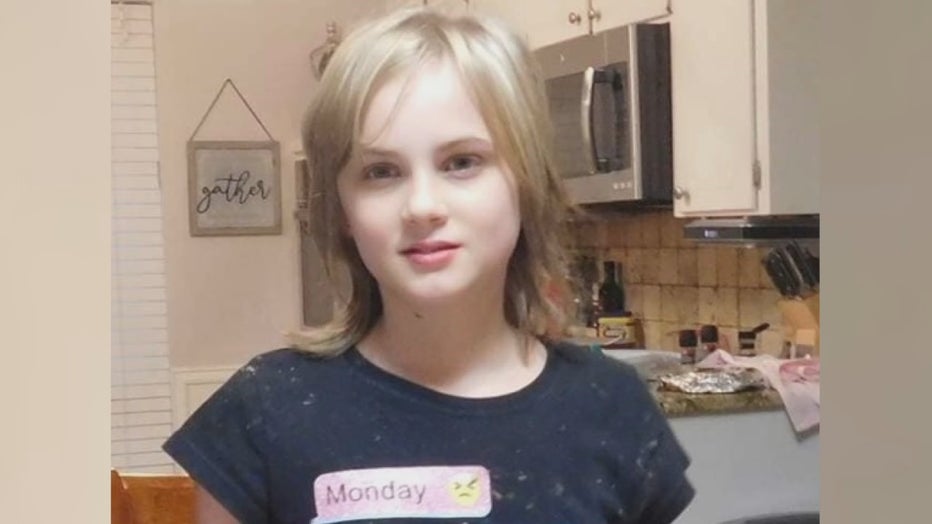 While police were meeting with Leah’s family, she walked towards the road and was hit by a dark-colored red or maroon SUV.

Customers leaving the Miguelito’s Restaurant heard and saw want happened and rushed over to help the girl. The impact is too graphic to show, but the video appears to show the driver use his brakes slightly but never stops. Leah was run over and tossed several feet.

Mackenzie Leal works at the restaurant and was there when Leah was hit.

“She was just moaning in pain,” Leal recalled. “She couldn’t speak about what was going on or who she was. And I know that she was lost.”

A relative says Leah, who is non-verbal, was missing with her older sister Emily who is also autistic. Emily was found safe at a nearby business. 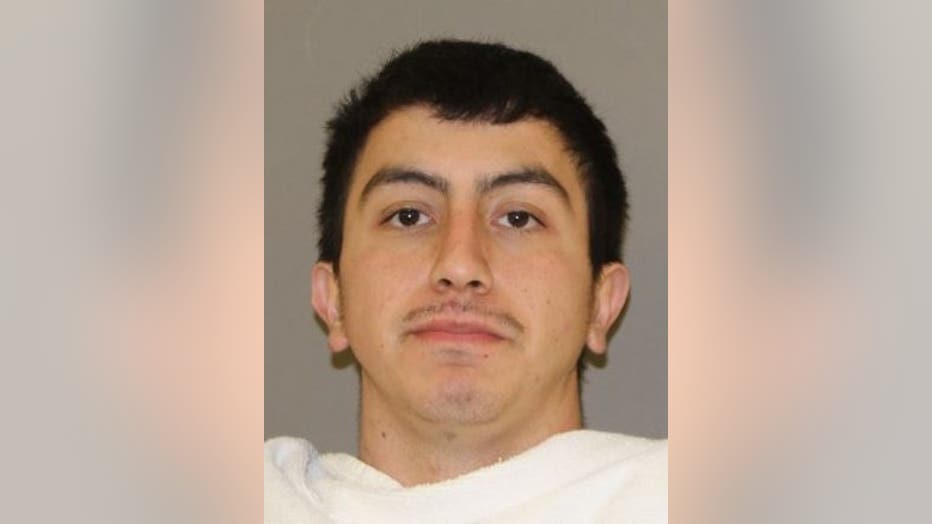 Krum police arrested 23-year Jesus Acevedo Thursday evening. He is charged with accident involving personal injury or death. Police had the surveillance images and witness descriptions and say they were searching for the SUV and found it at a business where Acevedo works.

“Just driving off and not accepting responsibility, that’s not okay. It’s not an adult move, and it’s cowardly,” Leal said. “They may have just accidentally hit her without seeing her. They may have been texting. I don’t know what they were doing. But now that they’ve driven off, it’s a billion times worse.”

Leah’s family says she has a lacerated spleen and liver. She broke her pelvis, both legs and an arm. She’s at Cook’s Children’s Medical Center in Fort Worth, where her family says internal bleeding is preventing doctors from immediately going into surgery. And while they say she’s in trouble, one family friend says it’s unbelievable that this crash didn’t cause worse injuries.

As for the man behind the wheel, Leal wants him to hear and feel her message.

“Part of me wants to be graceful. Like I can’t imagine how you feel right now knowing that you’ve hit a child. You’re scared. You’re afraid. You don’t want to go to prison,” Leal said. “But at the same time, you need to confess and man up to what happened. You need to make it right. You need to be there for that family.”

The community is rallying together by setting up a donation bank account at Access Bank in Krum where people can give to help pay for medical bills and the child’s recovery.