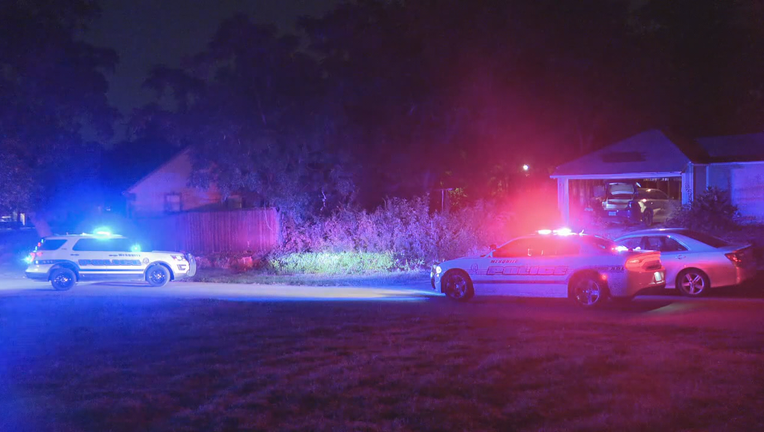 MESQUITE, Texas - A man, who police said led officers on a high speed chase that started in Mesquite, was arrested at his mother's East Oak Cliff home early Saturday morning.

This all started just before 12:30 a.m., when Mesquite police said the driver of a black Dodge Charger refused to stop at I-30 and I-635.

The driver led police into Dallas, where officers lost sight of the car. Police said the driver reached speeds of 120 mph.

A DPS helicopter spotted the Charger and followed it to a home in the 1200 block of Forrester Drive in Oak Cliff.

Officers found the driver trying to hide the car in the garage at his mother's home.

The suspect, who has not yet been identified, faces numerous charges for evading police.