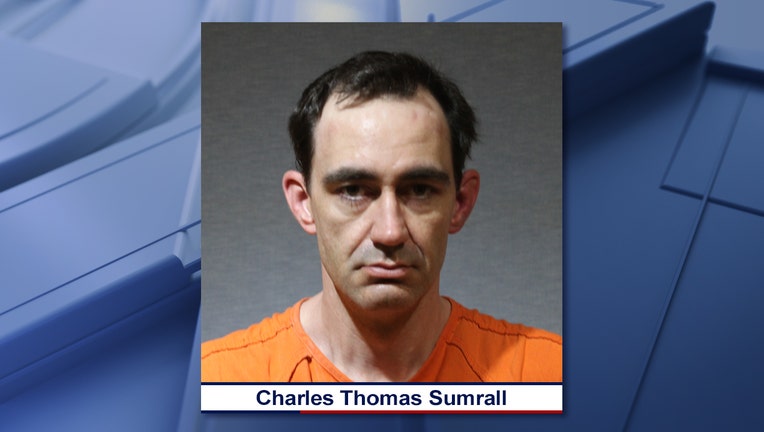 GARLAND, Texas - A 45-year-old Dallas man has been arrested after police said he led officers on a chase through multiple cities in a stolen vehicle early Thursday morning.

The chase started just after 1 a.m., when Garland PD officers tried to stop a white Jeep in the 5100 block of the service road for President George Bush Turnpike for a traffic violation.

The driver, later identified as Charles Thomas Sumrall, refused to stop and led police on a chase through multiple cities on George Bush, Dallas North Tollway, LBJ, and 75.

Officers managed to stop the vehicle by using stop sticks, disabling the vehicle Sumrall was driving at a convenience store in the 12100 block of East Northwest Highway in Dallas.

Sumrall was taken into custody, and police found that the Jeep was reported stolen out of Arlington. Police said two other stolen license plates were also found inside the vehicle.

Sumrall was charged with evading arrest and unauthorized use of a motor vehicle.