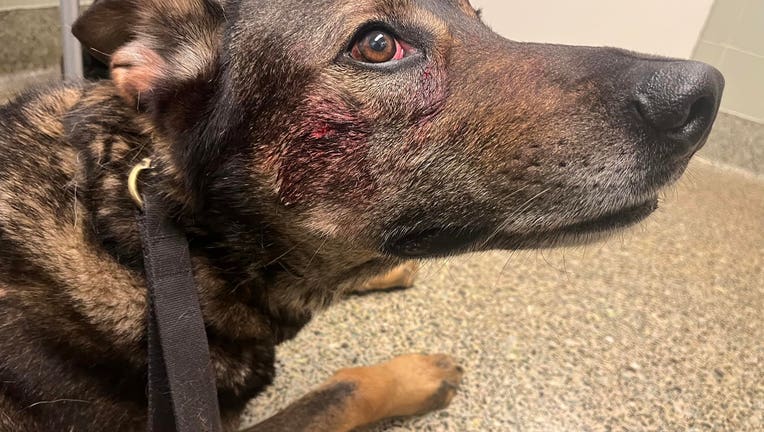 FAIRFIELD, Calif. - A man allegedly bit and stabbed a police dog in Fairfield as officers tried to take him into custody. Police say the man appeared to be under the influence of drugs.

The dog, named Cort, was taken to a veterinary hospital for treatment and is recovering at home with its handler. The incident occurred at the 1700 Block of Elm Street at around 2 p.m. Wednesday. Police were called on the report of a burglary in the area where the suspect allegedly broke into an elderly victim's home. 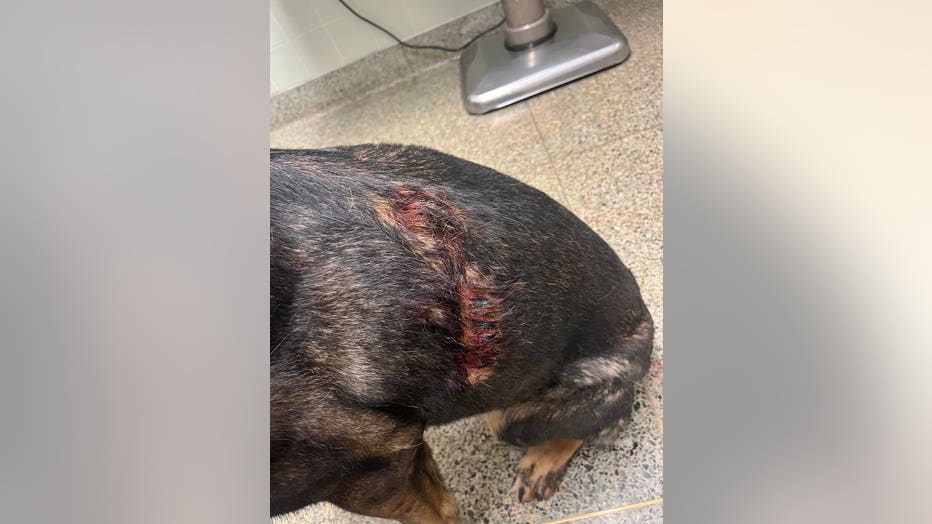 The department then received a report from an Amazon employee, who said the man had threatened to kill him and steal his delivery truck.

Police said the suspect was not known to the victims.

Responding officers spotted the suspect "running around" inside the home. They said their attempts to call him out of the residence were unsuccessful. Police said they used de-escalation techniques before moving inside to make an arrest. That's when they said the man attacked the dog.

Police said Kurt Dasilva, 44, was treated at a local hospital and booked into Solano County Jail on several felony charges.

Police did not elaborate on how Dasilva was injured or the extent of his injuries.

KTVU contributed to this report.