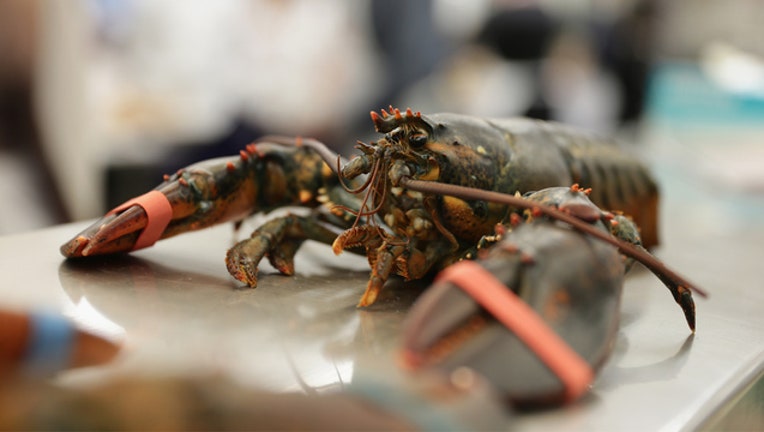 (FOX NEWS) -- Charlotte’s Legendary Lobster Pound in Maine currently offers its lobsters steamed or boiled. But the owner is really hoping you'll enjoy them baked out of their skulls.

Charlotte Gill, who opened Charlotte’s Legendary Lobster Pound in Southwest Harbor seven years ago, is experimenting with getting the lobsters high off marijuana smoke before killing and cooking them, believing it to be more humane than the traditional methods.

“I feel bad that when lobsters come here there is no exit strategy,” Gill told the Mount Desert Islander. “It’s a unique place and you get to do such unique things but at the expense of this little creature. I’ve really been trying to figure out how to make it better.”

In the restaurant’s first experiment into the process, a lobster — nicknamed “Roscoe” — was placed into a box with a few inches of water at the bottom, and marijuana smoke was then blown through the water, into the box.

Gill, also a licensed medical marijuana caregiver in the state of Maine, claims Roscoe was much calmer and less aggressive for the subsequent three weeks, and didn’t try to attack the other lobsters in his tank even though his claws were unbound.