Raymond Turner and Christina Sadberry had literally been passing each other in the hallways at Cook Children's. They met for the first time back in March when they found out they were more than just passing acquaintances. It turns out they were actually family.

FORT WORTH, Texas - A child's doctor's appointment and a little bit of science brought two North Texas families together in a very unexpected way.

Raymond Turner and Christina Sadberry had literally been passing each other in the hallways at Cook Children's Hospital in Fort Worth.

The Sadberrys and the Turners met for the first time back in March when they found out they were more than just passing acquaintances. It turns out they were actually family.

Their chance encounter started with a little 4-year-old boy named Bryson whose mother, Christina Sadberry, started bringing him to Cook Children’s Medical Center in Fort Worth for medical treatment in 2015. 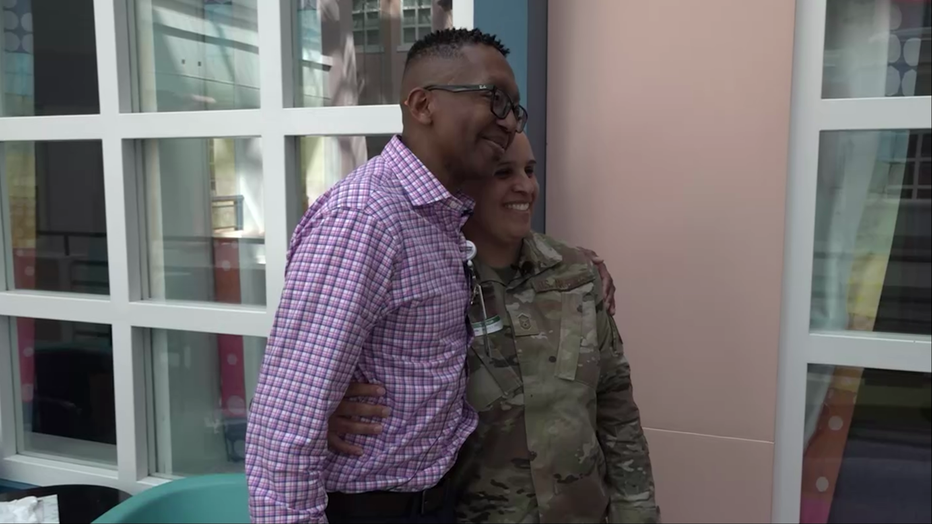 That same year, a musician named Raymond Turner moved to Fort Worth from Houston. He took a job as the producer at the Sparklefly Recording Studio, where patients can sing, record and play music.

It’s a studio that Christina and Bryson passed by for years on the way to the doctor.

"That was the very first time in seven years that we had seen anybody in that studio," Christina said.

It was a man in a red shirt.

A few hours later, Christina got a message on Facebook from Raymond’s wife, Maria Turner.

"She said that she had bought Raymond a DNA kit and that I had come back as a close familiar match," she recalled. "And I’m like okay, how close is close?"

"They’re saying I have a sister? I’m like what? What is this?" Raymond recalled.

Christina was born in Brenham, Texas, secretly adopted and raised in Austin. A blood relative was everything she’d ever hoped for.

And after a little Facebook research, Christina learned that man in the red shirt was Raymond.

"For me, it’s the heart of God to see reconciliation," Raymond said. "Even that day for her to see me there, it was no accident. So it’s still pretty emotional."

Their tearful reunion back in March was just the appetizer for another surprise blessing.

"That’s when my youngest son was given a clean bill of health," Christina said. 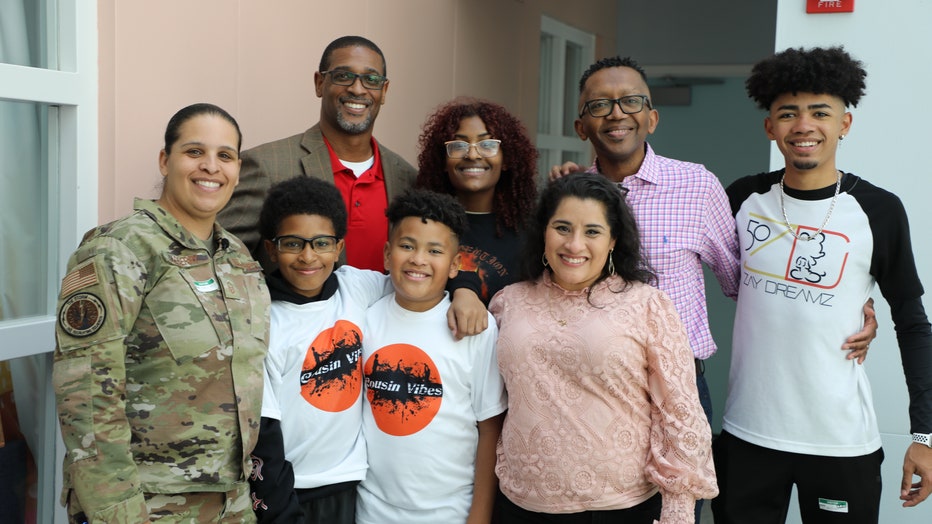 The siblings spent the next four months sharing stories and weekends together and discovering a string of similarities.

And even though Christina, an Air Force Reservist, was transferred to Florida this summer, she has a new family that no move can ever take away from her.

"Nobody can put into words how excited everybody is," she said.

"I feel like we’ll have more time together from this point on than the years that we missed," Raymond said.