There are serious questions about whether a Fort Worth highway that was the scene of a huge pileup accident was treated for ice before the calamity.

FORT WORTH, Texas - A Fort Worth highway that was the scene of a terrible tragedy was described by police and firefighters as a sheet of ice. That is raising questions about whether the road was properly treated.

Two state lawmakers want answers about whether the TEXpress Lanes of Interstate 35 had been treated for ice before the deadly pileup.

State Rep. Ramon Romero, a Democrat whose district covers most of Fort Worth, said on Twitter that it didn’t appear the drivers had any ability to stop.

He believes innocent lives were lost and places the blame on North Tarrant Express Mobility Partners, a private company that is responsible for treating those lanes. 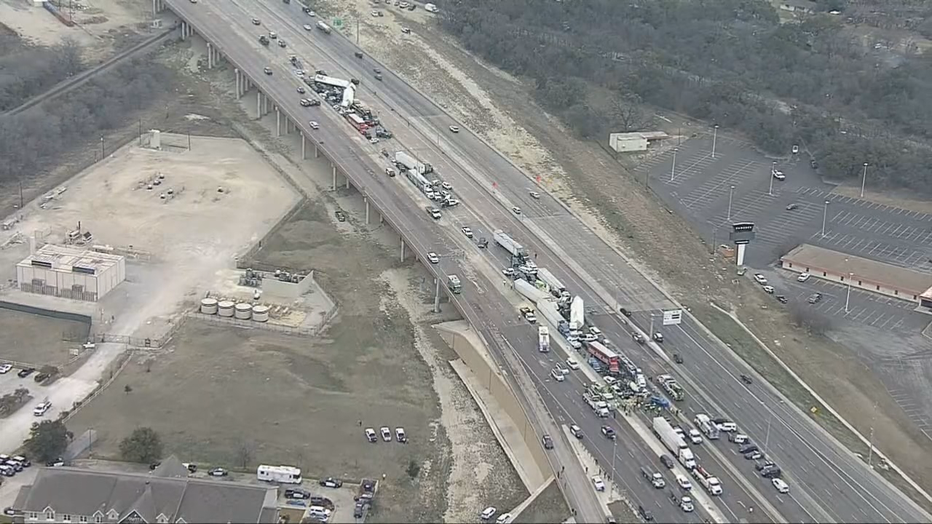 Romero said the company didn’t uphold its end of the deal. He also said that firefighters had to use their own salt and sand to get to the scene.

He’s calling for the state attorney general and other agencies to investigate.

Fort Worth traffic investigators will also be focused on the road conditions.

We're learning more about the victims of the deadly pileup in Fort Worth and the survivors who had to wait for hours to be rescued.

State Sen. Beverly Powell, a Democrat whose district also covers Fort Worth, said on Twitter she’s aware of reports the managed lanes may not have been properly treated.

She said she’ll remain in contact with transportation officials to ensure correct treatment procedures are followed.

North Tarrant Express Mobility Partners said in a statement that crews started treating the highway Tuesday morning and had been treating continuously, adding they’ll continue to treat the roads over the next few days.