Dallas couple celebrates 50th anniversary by donating to others

Rae and Lloyd Marquis decided to celebrate their 50th wedding anniversary by sending $50 to 50 other people, asking them to do something good with the money.

DALLAS - A Dallas couple is celebrating their 50th anniversary by giving to others.

Rae and Lloyd Marquis met in 1968 when they lived at the same apartment complex. They married in 1970 while both on crutches because of a motorcycle accident. 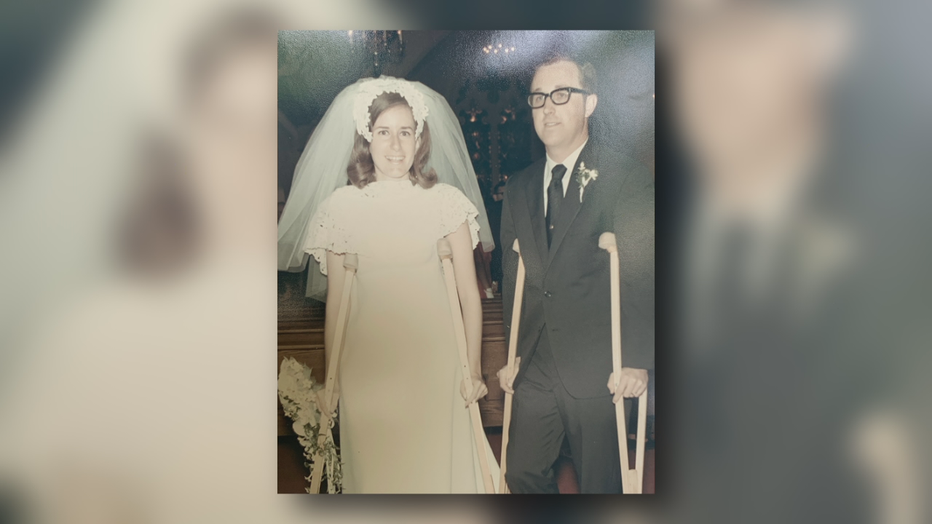 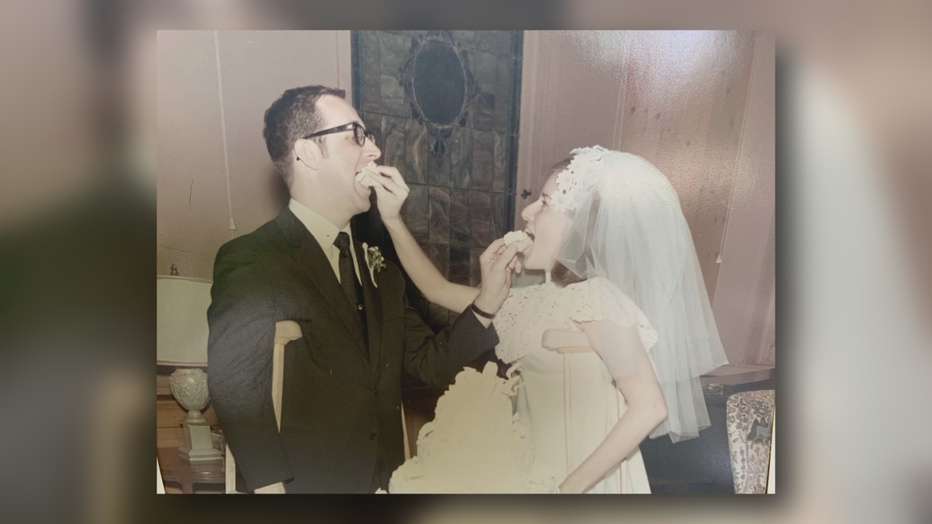 Now 50 years later, the Marquis live in the Lake Highlands neighborhood of Dallas. But they didn’t want to celebrate their big milestone this year with a trip or party.

Rae said they’ve lived a life of service so only seemed fitting to continue giving for their anniversary.

The couple sent out letters to friends and family with a $50 bill and blank card enclosed. The letter explains the concept – do something good with the money and write back to share the story.

“It says, ‘Pay it forward.’ And that’s what we called our anniversary,” Rae said.

Their list quickly grew beyond 50 people. A total of 73 people received a $50 bill and so far they’ve gotten more than 60 replies. 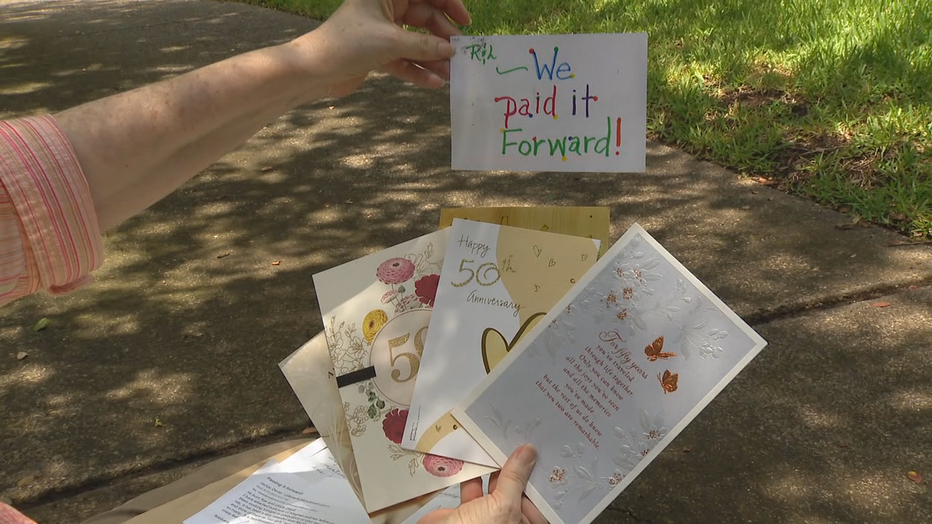 “A niece of ours has a daughter who is a nurse in Chicago. So they send their money to their daughter and said buy lunch or dinner for your co-workers,” Rae said. “They sent me a picture of all the nurses and a lovely note that came along with it that said a happy staff is a well-fed staff. That was special to us because they all took a lot of time to do that.”

Rae said others have donated their money to various non-profit organizations or food banks. Some paid it forward to people who are struggling during the pandemic either financially or with their health.

The couple said they don’t care how their friends spend the money as long as they are spreading joy in the world.