AUSTIN, Texas - The Texas Task Force is heading to Kentucky to help those in need.

Tornadoes and severe weather ripped through multiple states late Friday, leaving behind catastrophic destruction and killing at least six people. The death toll was expected to rise Saturday, with the governor in Kentucky fearing dozens could be dead after the storm struck a candle factory.

Storms also hit an Amazon facility in Illinois and a nursing home in Arkansas. 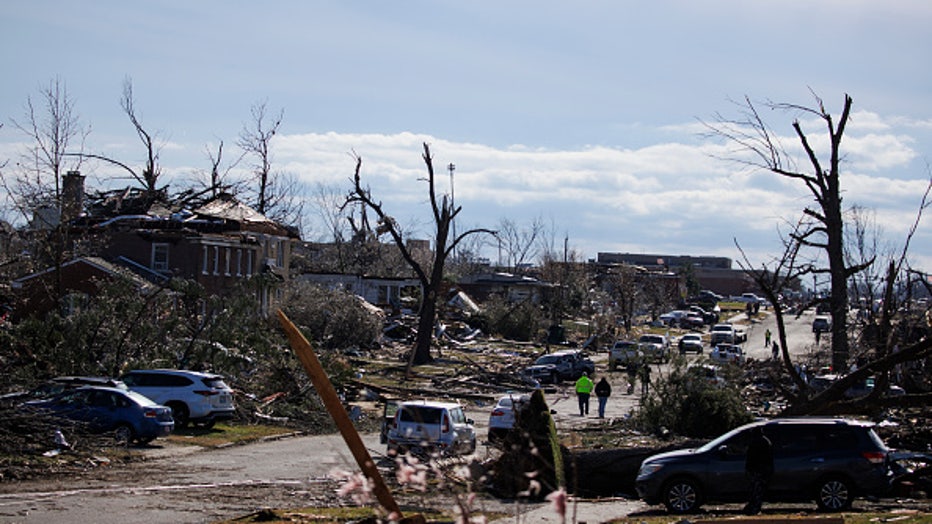 The Central Incident Support Team cache, which is part of the FEMA Urban Search and Rescue System, is being deployed in response to the catastrophic tornadoes that occurred in Western Kentucky. Governor Greg Abbott approved the activation at the request of the Federal Emergency Management Agency (FEMA).

This cache of equipment will provide specialized technical gear and command, control, and communication equipment to members of the FEMA Urban Search and Rescue teams that are being deployed from around the nation to help those in need, according to a press release from the governor.

"The State of Texas stands ready to assist our friends in Kentucky as they continue their response and recovery efforts in the wake of deadly tornadoes that shook the western portion of their state overnight," said Governor Abbott. "Thank you to the members of Texas A&M Task Force 1 who are making their way to Western Kentucky to help those in need. I ask all Texans to join Cecilia and me in praying for those affected by these horrific tornadoes."